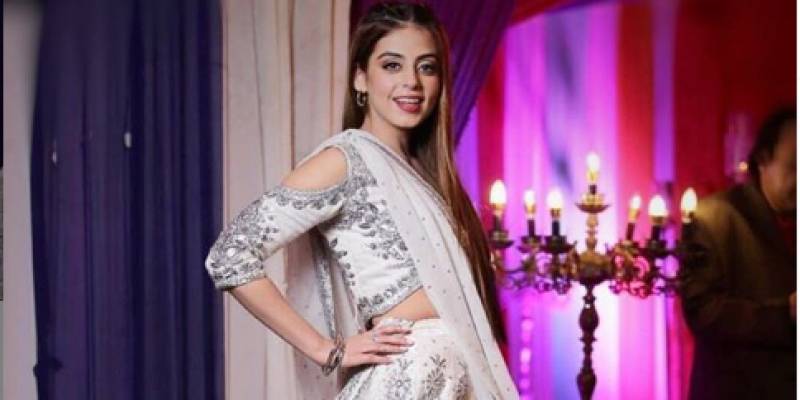 LAHORE- Pakistani actor Yashma Gill had a rough childhood and her struggle with depression surely gave goose bumps to many. In a recent interview with Samina Peerzada Gill disclosed details on how she became a Muslim from an atheist.

“When you have weak faith, a veil falls cover your mind and, even if someone is answering your questions, you do not understand anything,” she said. “I used to monitor and over-analyse everything. I would make sure I don’t offend anyone and am being nice to everyone and yet I was getting hurt. It reached a point that I lost faith. I used to say to myself that ‘if there was someone up there then I wouldn’t be suffering so much’.”

The only one time I was truly myself Infront of the camera. Almost forgot that there was a camera placed in the room. I hope the interview won’t bring me hate because I spoke about my journey from being an atheist to a Muslim alhamdulilah and how it healed my depression for me. I hope everyone takes it in a positive way and may learn something positive through my struggles and the story I have shared on screen for the first time. (Sorry in advance to some really close friends who are going to complain about never having heard this part of my life from me). Really excited for this interview. The interview will come out in two parts, part-1 will talk about my journey in Alif and part-2 about my struggles with religion and depression. Part-1 to be released this Thursday at 8pm on YouTube and part-2 on October 5th Saturday at 8pm. 🙏

The actor further revealed how she often got into arguments about religion during her university days in Australia. She used to oppose the notion of religion entirely.

And then she ran into a friend, Warda.

“I tell everyone about her! She still lives in Australia. She used to be a hijabi and when I saw her I thought, ‘Oh no way! I am definitely not getting along with her because she is such a staunch Muslim, she will judge me,'” she added. “So I started ignoring her. But she was such a nice person, she never judged me. She understood me and my problems and started explaining things to me through my perspective.”

Gill continued by saying, “She asked me to try one last thing and that was to renew my faith. She said ‘okay just try this and if your faith in God doesn’t return after this then you can continue to be an atheist’.”

The two friends grew closer with time. Wardah then requested Gill to pray five times a day and fast during the month of Ramazan.

“I agreed to it, just to prove a point that whatever she’s asking me to do is of no use,” Gill asserted.

“After doing everything and giving it my all, when the month was over, I went to my friend Warda and told her that I gave my one hundred percent, but I haven’t received any guidance,” she said.

Two days after she stopped praying and every time she heard the Azaan, she felt as if something was missing.

“I was restless; the phases of anxiety that I had vanished overtime started coming back to me. It felt like I’ve missed a lecture or something important to do.”

“I went to Warda crying, and I told her how I was feeling. And then she told me that I should ask her about all the misunderstandings that I had at the back of my mind, and she explained all of that to me, giving references of a few lectures as well,” she further added.

“You won’t believe me but I used to never understand such things but for the first time, that day no contradictions to the answers I used to get before, came to my mind and I got this internal satisfaction.”

These realisisations and confrontations made Gill return to Islam and find peace in having faith in God, even after she had openly given up on it.