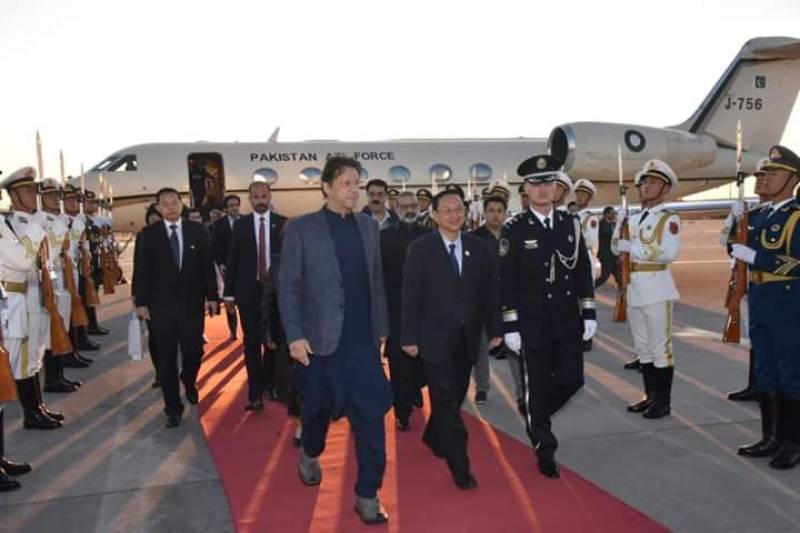 BEIJING – Prime Minister Imran Khan has said that one thing he learnt from China was how to tackle with the menace of corruption, wished that he could follow Chinese President Xi Jinping and could send 500 corrupt individuals in jails.

He expressed these views while addressing an event organized by China Council for Protection of International Trade in Beijing.

“I heard over 400 ministerial level people had been convicted and sent to jails during last five years,” said PM Khan, adding that “ It is President Xi’s biggest crusade against corruption,”. However, he said that it was very tough to deal with such people back at home. He pointed out that corruption was a big hurdle in the way of foreign investment in the country.

PM Khan appreciated Chinese leadership for getting poor people out of the poverty line, saying that it was very inspiring for him to know that 700 million people were lifted out of poverty. PM Khan made it clear through his speech that they paved the way for foreign investors to and invest in Pakistan since they got into power.

“We want them come and invest in Pakistan and make profits,” said PM Khan while convincing the Chinese investors for making investment in Pakistan. He said his office was working on opportunities for people to come and invest in the country. Mentioning CPEC Project, PM Khan said that they have formed a CPEC Authority because there were certain problems in projects related to the CPEC, because these were under different ministries.

He said CPEC Authority is is Prime Minister’s office which he said was working on it to make it easier for the people planning to invest in Pakistan.

The Pakistani premier also informed the Chinese audience that they have taken various steps including completion of phase one of Gwadar Free zone.

He further said that Pakistan’s strategic location was very important reason to make investment there. Young population and economic revival were other reasons which attract foreign investment while industrial clusters have also paved an easy way for doing business, he added. He mentioned various sectors including textile, manufacturing, IT and financial services, physical and technological logistics, food, agriculture, tourism, housing and oil and gas where he said Chinese investment could be made.

“It is time to make investment in Pakistan,” said PM Khan, adding that his office was dealing with the affairs of foreign investment in the country and now CPEC project would be dealt again from PM Office.