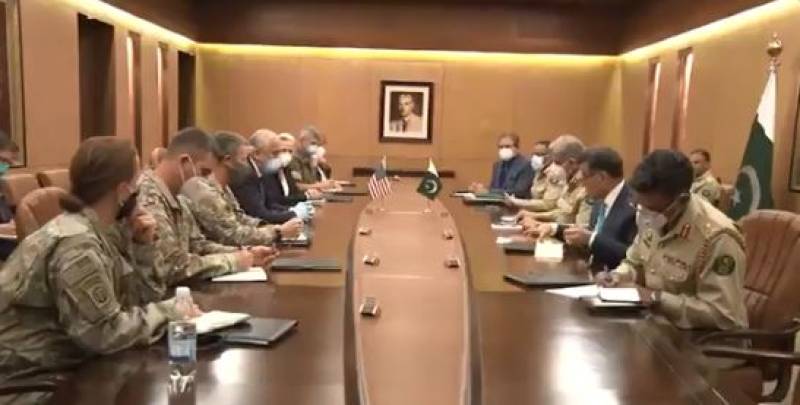 According to ISPR, they expressed it during a meeting with Chief of Army Staff General Qamar Javed Bajwa at GHQ.

Matters related to mutual interest, peace and stability in the region, Pak-Afghan Border management and current developments in Afghan Peace Process were discussed during the meeting.