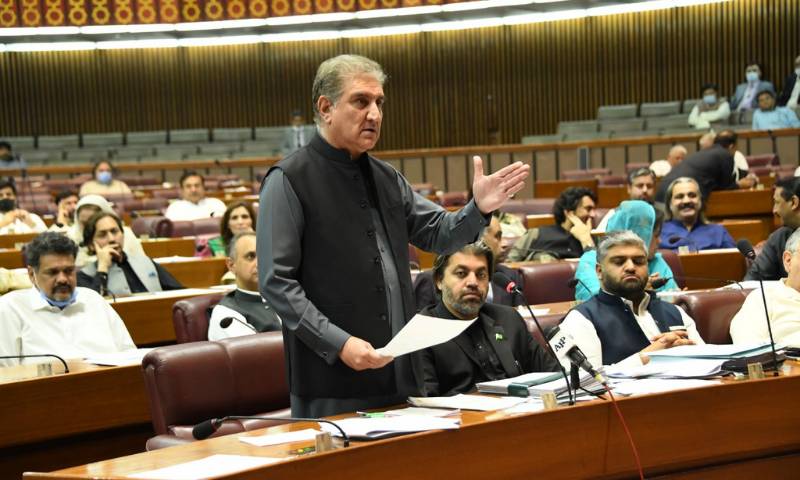 ISLAMABAD – Pakistani Foreign Minister Shah Mahmood Qureshi has revealed that United States' national security advisor had called his Pakistani counterpart ahead of a planned visit by Prime Minister Imran Khan to Russia in February and said “don’t go” to Moscow.

Speaking on the floor of National Assembly in which the no-confidence vote to oust Khan from the office was on the agenda, Qureshi said he wanted to bring this to record that the national security adviser of the US called the Pakistani NSA and "categorically asked us not to proceed with the Russia tour."

“No country has right to interfere in our bilateral visits, we’re a sovereign country!”-@SMQureshiPTI #امپورٹڈ_حکومت_نامنظور
pic.twitter.com/Pr3g8BpPN3

However, he mentioned that the Moscow visit had nothing to do with the Ukraine war as it was planned earlier. "Discussions were going on for two months, the date came, and PM decided to go, it's on record," he said.

Qureshi made the statements days after Russian Ministry of Foreign Affairs Spokesperson Maria Zakharova slammed the US for ‘punishing’ Imran Khan for the visit. Premier Khan met Vladimir Putin in Moscow earlier in February in a move that remained in limelight.

The Russian official also mentioned a high-ranking US official made it clear that a partnership between Islamabad and Washington was directly linked with Khan’s ouster.

MOSCOW – Russian foreign office has lambasted the United States for being involved in an alleged conspiracy to ...

PM Imran Khan has repeatedly said that opposition parties are being used by foreign powers. He claimed that PTI government is the target of a US-led conspiracy to remove him as he refused to stand with Washington on international issues.

ISLAMABAD – After a chaotic day, the National Assembly session concluded with opposition's victory in the ...