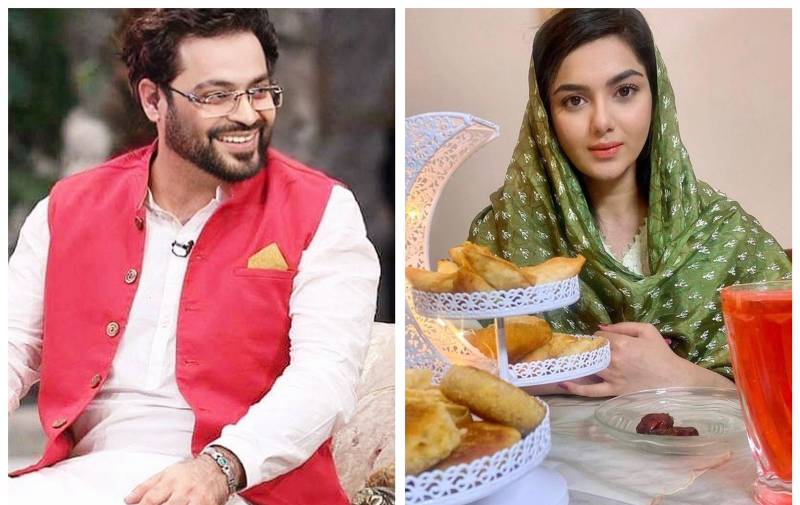 Popular television host and politician Aamir Liaquat Hussain continues to make headlines over his scandalous actions, and his time he has taken a dig at former wife Tuba Anwar with his comments on a viral meme.

Tuba had earlier shared pictures of her from first iftar of this Ramadan, which soon caught the eye of memers:

Later, reacting to the viral meme, Aamir Liaquat stated in an Instagram post that it is possible that his second ex-wife couldn’t see the devil and vice versa because maybe she is in the same category. The devil could be sitting in his dad’s lap, he added.

The 49-year-old politician continued bashing Tuba with harsh comments, as he criticised the Bharas actress for being in an alleged relationship with Humayun Saeed’s brother.

Soon after his shocking revelation slammed, netizens slammed the Aalim Online star for degrading his Tuba who has maintained unproblematic conduct after their divorce.

Moreover, they wanted him to stop blaming other people and take sole responsibility for his failed marriages. 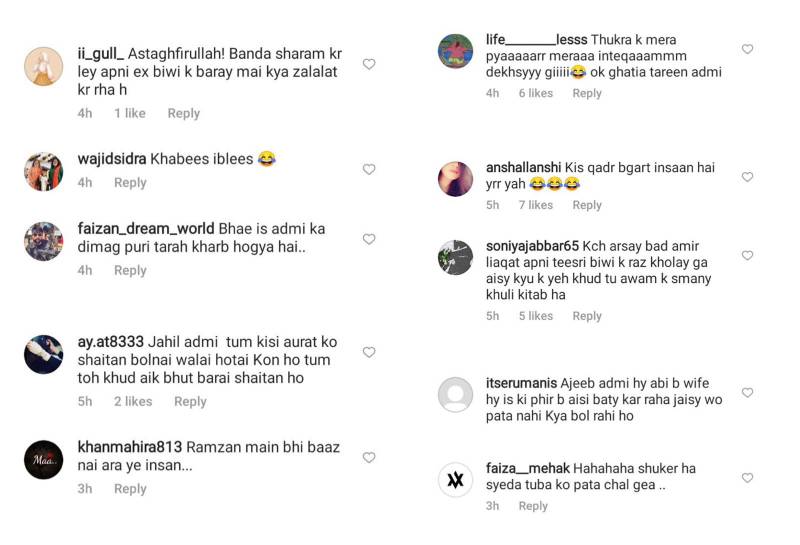 Earlier, Aamir linked Tuba with actor Shahroz Sabzwari. Liaquat gave a statement while interacting with the press at a recent event. On being asked about why is he attending the event solo, the Aalim Online star stated that now he is left alone since his wife Tuba has “gone with Shahroz”.

On the work front, Tuba has been praised for her performance in the drama serial Ye Ishq Samhaj Na Aaye co-starring Shahroz Sabzwari, Mikaal Zulfiqar and Xarnish Khan in lead roles.

Pakistan's rising star Syeda Tuba Anwar has been quite visible on social media after her separation from Dr Aamir ...