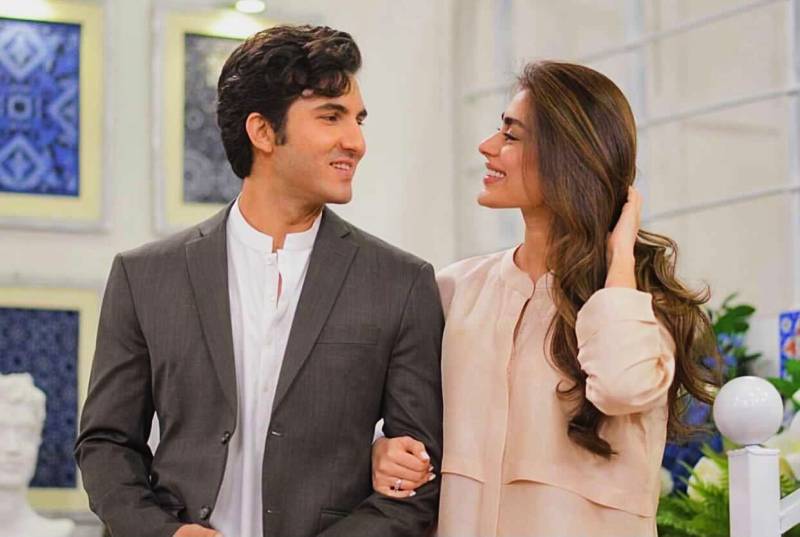 Celebrity couple Shahroz Sabzwari and Sadaf Kanwal recently appeared for a show and ended up grabbing all the attention but for the wrong reasons.

The public has been debating regarding their strong opinions that are garnering widespread criticism for being problematic to the core.

As the couple continues to trend on social media, Shahroz's stance on Sadaf Kanwal's sizzling yet risque dance number did not escape netizen's hawk eyes.

“I liked it a lot. At the time I didn’t know her. I really liked her performance. I know the director, Nabeel, who is amazing, and it wasn’t a small film. It was actually the biggest film at the time.”

Further, he continued, “I had no right to question her choices. As a colleague, I considered it as nothing more than work, and you can’t judge anyone based on her work.”

The supermodel also did not shy away from clarifying her stance on the matter too, “When you’re younger, there are a lot of things that you don’t understand. This is something Rabia Butt has said in an interview as well."

"You end up wearing those clothes and doing that work, and when you begin to understand, the time has changed. I don’t think I’ll wear those clothes or do that kind of work again.”, the 27-year-old concluded.

Shahroz and Sadaf became internet sensations when the two tied the knot last year with the controversy surrounding the divorce of Shahroz’s previous marriage to Syra Yousuf.

Celebrity couple Shahroz Sabzwari and wife Sadaf Kanwal have stood tall in the face of immense backlash and endless ...