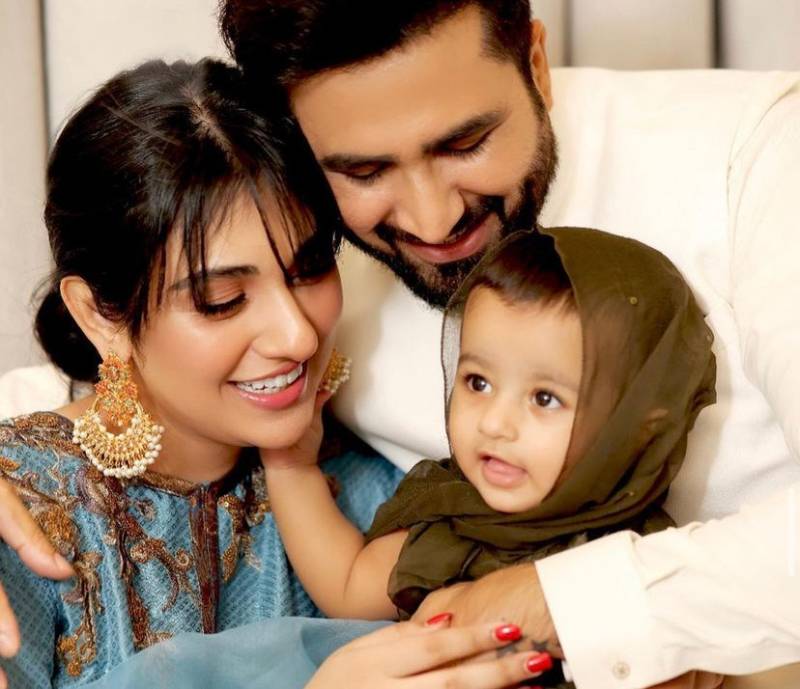 Sarah Khan and Falak Shabbir are one of the most adored celebrity couples in Pakistan. Every now and then, the couple drops glimpses of their private life leaving their fan base thrilled.

Needless to say, the baby girl Alyana, who is known for being their little bundle of joy, has also won the hearts of their massive fan following with her cuteness.

This time around, the Sabaat actor shares a heartwarming video of husband Falak where the dotting father can be spotted playing with his baby girl Alyana.

"Baba with his little girl ????????@falakshabir1", captioned the Laapata star.

On the work front, Sarah Khan will be sharing the screen with the Joh Bichar Gaye rising star Talha Chahour. The drama is written by Qaisera Hayat and directed by Amin Iqbal.

Marking Sarah Khan and Talha Chahour's second on-screen appearance, the drama serial Wabaal, is all set to air on Hum ...