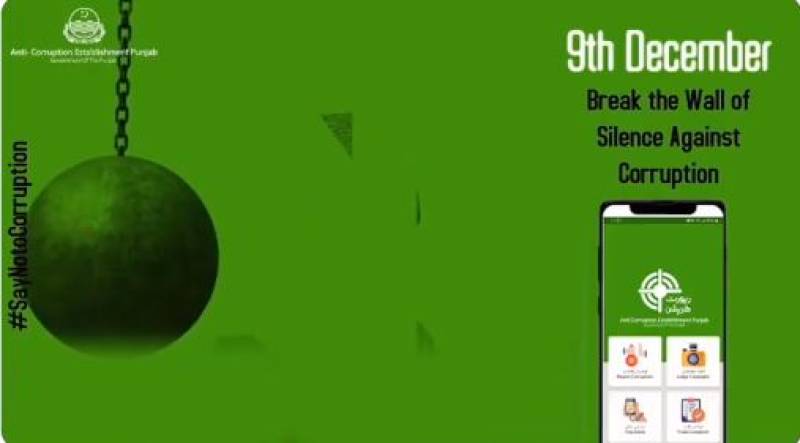 The app, introduced by Anti Corruption Establishment (Punjab), will provide an online platform to citizens to anonymously complain against or report corruption in any department, ministry or other government functionary.

Share the responsibility of eradicating corruption with the government; Report against Corruption on Report Corruption Application #AntiCorruptionPunjab pic.twitter.com/akQzOOnrb9

Promising to maintain secrecy about the complainant, the provincial government has said this step will help eliminate the culture of corruption and bribery in Punjab.

Secrecy will be maintained about the applicant reporting against Corruption on Report Corruption Application #AntiCorruptionPunjab pic.twitter.com/qMWi6VNucQ

The Pakistan Tehreek-e-Insaf government came into power last year with an end to corruption as its principal electoral agenda.

Meanwhile, the world is marking the International Anti-Corruption Day under the theme: “Together, We Are United Against Corruption” which also marked the 15th anniversary of the adoption of United Nations Convention Against Corruption (UNCAC).

The day encourages a global fight against corruption keeping the sustainable development goal of 2030, is observed to enhance awareness and highlight the dangerous affects of the corruption, besides urging all governments to join hands against corruption by creating awareness of the day and the prevailing issues around it.