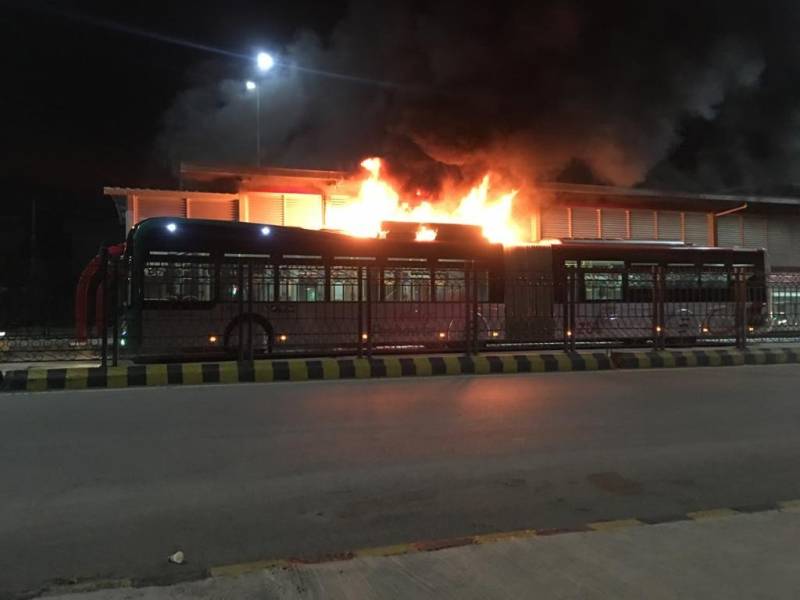 All the passengers have been safely moved out of the station while the fire has been extinguished. No any loss of life has been reported.

BRT spokesperson said that an investigation has been launched to know the reason behind the incident.

This is for the fourth time that BRT system faced a problem.

Last week, a bus of the BRT fleet developed a fault in Gulbahar area, causing suspension of the service for several hours. The bus was tow-chained to a crane and taken to the depot for repair.

Prime Minister Imran Khan had inaugurated the BRT on August 13 and the very next day passengers stormed the corridor of a station after exit machines suffered technical glitches.