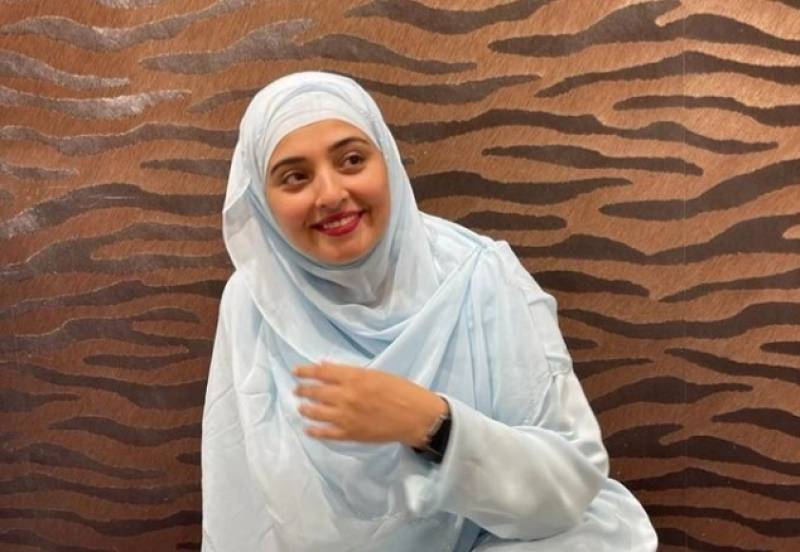 In a surprising turn of events, Tamil actress Mumtaz bid farewell to the Indian showbiz industry for the sake of Islam.

Mumtaz — also known as Naghma Khan — recently informed that she will lead her life according to Islamic rules.

The Looty actress also schooled those who reminded her of her glamorous life through her Instagram post suggesting that people should move on now and not find her in her past.

Mumtaz wrote that she left these things behind so people shouldn't bring it up again as she has switched her lifestyle.

The actress is currently in Saudi Arabia to perform Umrah and her pictures with hijab are making rounds on social media.

Mumtaz wrote, “Alhamdulillah Finally I'm visiting my most favorite place on earth.i am out of words with excitement and a very grateful heart.”

On the work front, Mumtaz appeared in South Indian cinemas including Malayalam, Tamil, Kannada and Hindi. She started her career with the Tamil film Monisha En Monalisa (1999). Her famous films include Boond (2000), Chocolate (2001), Yeh Teraa Ghar Yeh Meraa Ghar (2001), and others.

Before her, Indian actress Sahar Afsha, who shot to fame for her role in Tamil and Bhojpuri films, had announced that she was quitting the film industry.