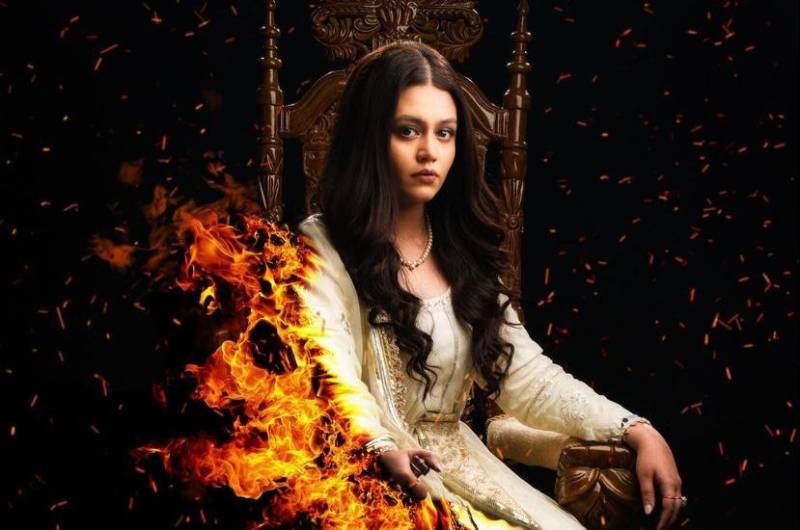 The upcoming drama serial Badshah Begum's first teaser has been released and needless to say, the gripping plot and pleasing aesthetics are garnering a lot of popularity.

Featuring the beautiful and super talented Zara Noor Abbas, the short teaser gives a quick dive into Abbas playing a queen worth fearing in regal attire as she embraces her power and sits on a throne.

"Honour is always associated with a woman and it's always a woman who has to sacrifice. Maybe that's why this throne needs only a woman," the Ehd e Wafa star said in the clip.

“Hum aurtain kisi ki jageer naheen, keh hum per Shartain Aur Baaziaan lagayee jayein “[We women are not someone's property that we have conditions attached and people betting on us].", the Phaans star captioned.

The drama will air on Hum TV and is a joint collaboration between Momina Duraid Productions and Rafay Rashdi Productions.

It has been written by Saji Gul who also wrote O Rangreza (2017) starring Sajal Aly and Bilal Abbas Khan.

Moreover, Badshah Begum was originally a film but was later turned into a television series project.

Lollywood diva Ayeza Khan has reached the zenith of success with her hard work, drop-dead gorgeous looks and acting ...