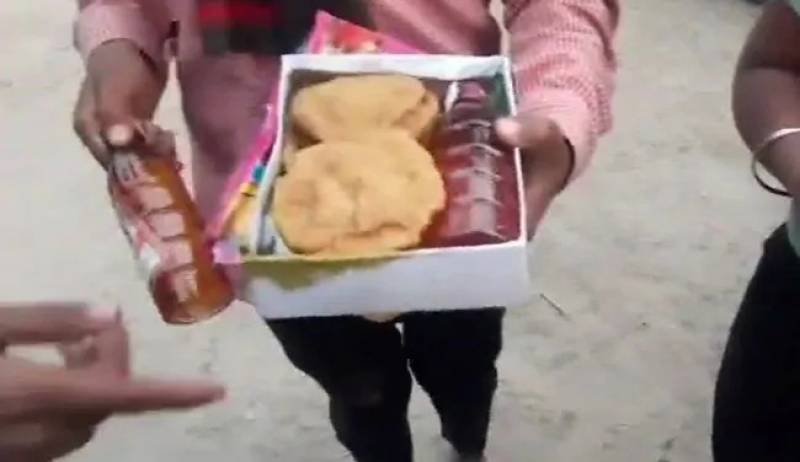 LUCKNOW – India’s ruling Bharatiya Janata Party has landed itself in a controversy after liquor bottles, kept inside food packets, were distributed at a Hindu temple in northern state of Uttar Pradesh earlier this week.

Nitin Agarwal, the son of BJP leader Naresh Agarwal, had organised a sammelan (conference) for the Pasi (a Scheduled Caste in Hinduism) community at the Shravan Devi Temple in Hardoi, where 200 ml neatly packed bottles of alcohol were distributed among the attendees, including children.

Videos taken from mobile phones show Agarwal announcing from the dais that the food packets will be handed over to the village headman who would, in turn, distribute it to the people accompanying him.

"All the Pradhan's (village headman) must go to the place where food is being distributed. The pradhan's must take the packet to distribute it to their people," Agarwal was heard saying at the event.

Following the shocking event, BJP MP Anshul Verma immediately asked the UP Chief Minister Yogi Adityanath to take action against the BJP leader and his son, the NDTV reported.

The complainant maintains that "Naresh Agarwal, who has recently joined the BJP had organised a Pasi sammelan (gathering) at one of our religious places. I will call it an unfortunate incident because it (liquor bottles) was given to small children whom we had given pens and copies earlier. I will inform the top leadership and write to the excise department about how such large-scale distribution of liquor went unnoticed."

Prime Minister Narendra Modi's BJP won control of Uttar Pradesh in March last year, earning the biggest majority in that state for any party since 1977.