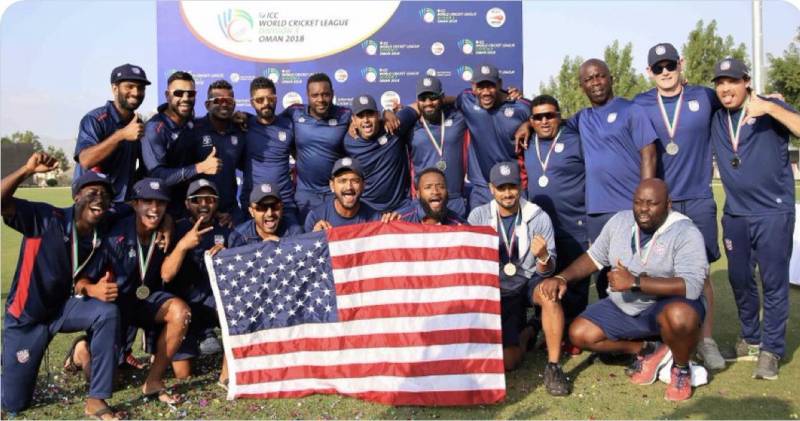 WASHINGTON – The International Cricket Council approved USA Cricket as its 105th member on Tuesday, restoring the sport in the United States after the expulsion of a previous national governing body.

That is expected to open the door for T20 Internationals to be played in Florida, which has a large base of West Indies supporters.

With the news that @usacricket has been approved as the 105th ICC member, throwback to November where they secured promotion to World Cricket League Division 2 for the first time ever!

Will they go on to claim ODI status by finishing in the top four at #WCL2 in April? pic.twitter.com/b0YCPbqQqy

"This is truly an exciting day for USA Cricket and the entire US cricket community," USA Cricket board chair Paraag Marathe said. "On behalf of the board of directors, I'd like to thank the ICC and their 104 other members for their trust in us."

The USA Cricket Association had previously been an associate member of the ICC but was suspended over governance issues for a third time in 2015 before being expelled in June 2017.

An ICC Americas regional support group oversaw US cricket as a transition plan was made while USA Cricket, based in Colorado near the home of the US Olympic Committee, was formed and began its growth into a sustainable governing body.

"This is the culmination of a great deal of hard work and I would like to congratulate the chair of USA Cricket, Paraag Marathe, and the board, on this important milestone and wish them all the very best for the future," ICC chief executive David Richardson said.

All governing body obligations will be handed to USA Cricket this month with recruiting of a chief executive and other management spots to follow as Marathe hopes to "unlock the sport's undoubted potential for growth."

A request for proposals for a domestic US T20 league has a January 18 deadline with Marathe aiming to start such a competition by 2021.

"We realize the incredible responsibility that comes with this recognition and we are committed to working hard to be great stewards of the game both for the United States and global cricket," Marathe said.

"We do not take this responsibility lightly and pledge to lead this great game with the integrity, passion and tireless work ethic that is a foundation for global cricket."