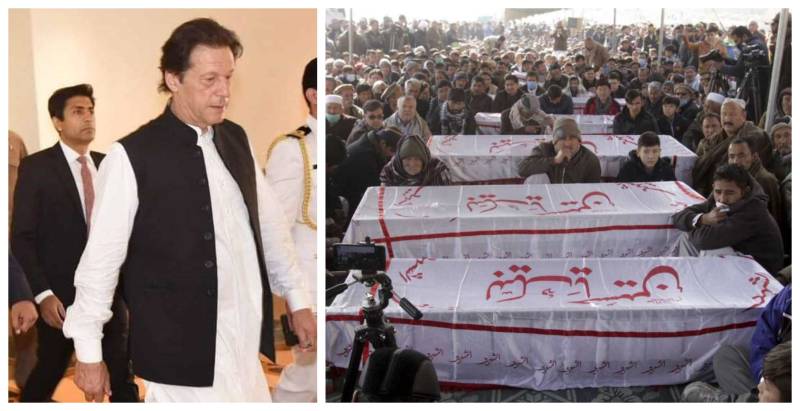 QUETTA – Prime Minister Imran Khan on Saturday has arrived in Quetta to meet bereaved families of the Machh incident as the Hazara community buried the slain coal miners.

The prime minister has arrived at Balochistan’s capital on a special flight from the Nur Khan airbase.

The premier will meet relatives of the Machh victims to offer his condolences. Moreover, a briefing will be given to the Prime Minister regarding the Machh incident.

Earlier today, Funeral prayers of slain miners were offered at the Hazara graveyard in Quetta.

QUETTA – The funeral prayers for the slain coal miners have been offered in Hazara Town Imambargah on Saturday ...

Prime Minister Imran Khan had earlier said that as soon Hazara community will bury their martyred community members, he will visit Quetta and meet them.

Appealing the bereaved community not to make burials conditional to his visit, he said that a prime minister could not be “blackmailed” for such a visit.

Protests all over Pakistan came to an end after families of the slain coal miners decided to bury their loved ones late Friday.

QUETTA – Protests sit-ins by members of Hazara community and their sympathizers in big cities of Pakistan came to ...