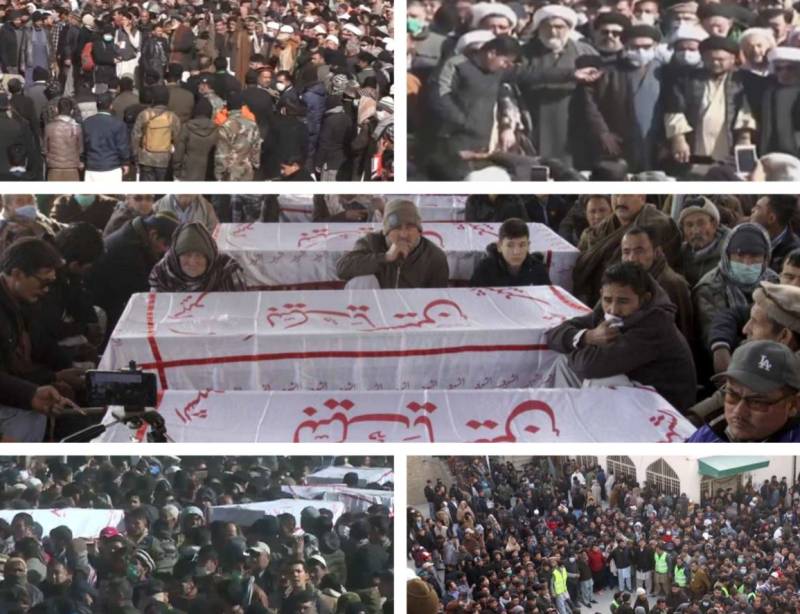 QUETTA – The funeral prayers for the slain coal miners have been offered in Hazara Town Imambargah on Saturday (today) after successful talks with the government.

Allama Raja Nasir Abbas led the funeral prayers. The funeral was attended by a large number of people.

Deputy Commission said that the Afghan citizens among the slain miners will also be buried in Quetta. The relatives of the Hazara victims agreed to bury them in Quetta, the statement added. Afghan consulate has also been informed about the development.

Earlier on Friday, the mourners of the Machh incident called off their sit-in protest and agreed to bury their loved ones after successful negotiations with the government delegation.

QUETTA – Protests sit-ins by members of Hazara community and their sympathizers in big cities of Pakistan came to ...

Eleven colliers were killed and four others were seriously injured on January 3, after armed men attacked them at a coal field in Balochistan's Bolan district. The coal miners, according to police, were taken to nearby mountains where they were shot.