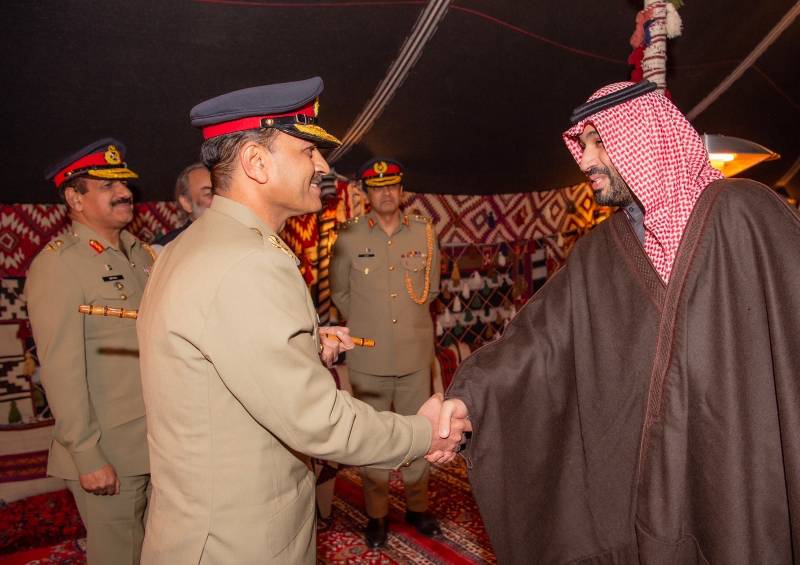 Pakistan’s top general and de facto ruler of the Kingdom interacted at the ‘winter camp’ in AlUla, an oasis city located in northwestern Saudi Arabia.

The pictures show COAS Asim Munir, the Saudi crown prince, and other officials sitting on the floor, having Arabian cuisine while reviewing bilateral relations and opportunities.

Pakistan’s Army Chief is on an official visit to Saudi Arabia and UAE, his first overseas official trip being the top commander of the Pakistan Army.

Gen Asim Munir also performed Umrah where the doors of Kaabah were opened for him. In clips shared online, COAS can be seen walking out of the Holy Kaabah with some other people.