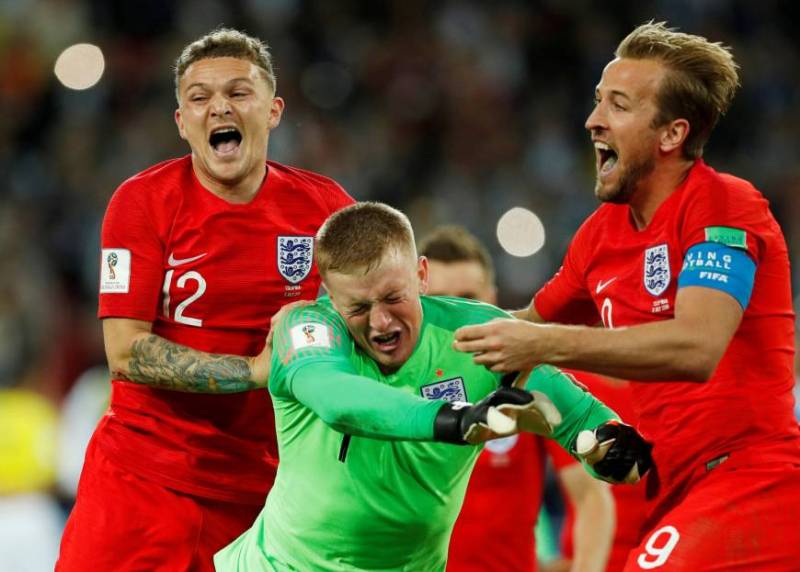 LONDON - The National Centre for Domestic Violence has outlined that there is a direct proportion between the soccer matches and domestic violence, with a special reference towards the contests featuring England and its subsequent impression on the people.

In its campaign ‘The Not-So-Beautiful Game’, the organisation has highlighted that when England plays in any football contest, there is a 26 percent increase in domestic violence.

Shockingly, the figure swells to a staggering 36 percent if Harry Kane-led team loses any match, an observation that has sent jitters down the spine, at a time when the FIFA world cup is enthralling the people.

To turn the spotlight on the issue, the charity has issued a series of stark posters giving people the information; the England poster features the caption: "If England get beaten, so will she."

Besides England, certain other countries like Japan and Switzerland have also been focused, carrying information regarding domestic violence, which the charity says sees a spike around football matches.

The world cup fever has gripped the soccer fans across the world as the Semi-Finals for the biggest contest are to be played in a matter of few days.

England has reached the semi-finals- for the first time since 1990 - but the victory might not be so charming for the victims of domestic violence who can be subjected to torture, provided the country gets beaten by Croatia on Wednesday.