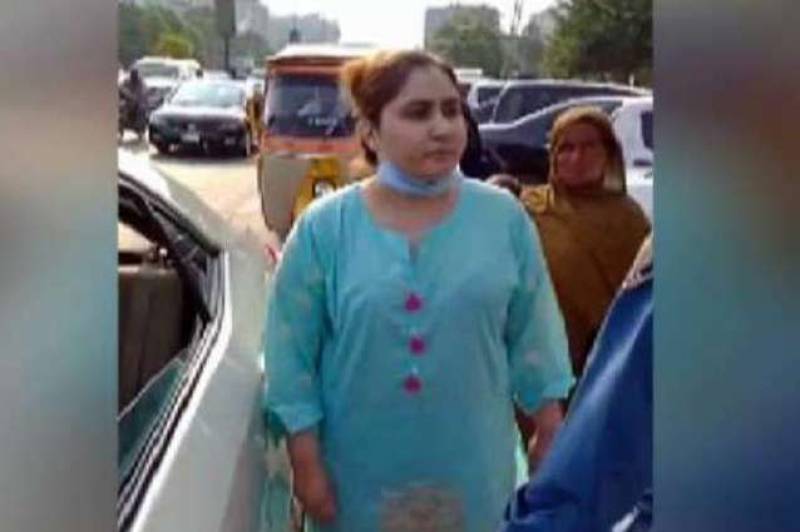 LAHORE – Police have registered a case against a woman for slapping a traffic warden and issuing threats to the official after he barred him from wrong parking of vehicle.

The incident happened in Gulberg area when the accused went angry after the traffic official asked her to remove the vehicle.

A video of the woman, who has been identified as Raeesa Masood, is circulating on social media showing how she is misbehaving with the cop.

The suspect threatened him with severe consequence and tried to snatch his wireless set, besides slapping him.

What should a #policeofficer do if he finds such a riotous #woman?
When the #traffic warden forbade the first wrong parking, he received two slaps.
Now these women have resorted to threats him instead of admitting their mistake pic.twitter.com/6m1d2tIfGe

After registered the case, the police have launched an investigation.

Chief Traffic Officer (CTO) Lahore Captain (retd) Syed Hammad Abid said that raids are being conducted to arrest the woman, who is a resident of New Garden Town.

The CTO said that insult of the traffic cops will not be tolerated.