Hira and Mani talk about how their stardom helped each other 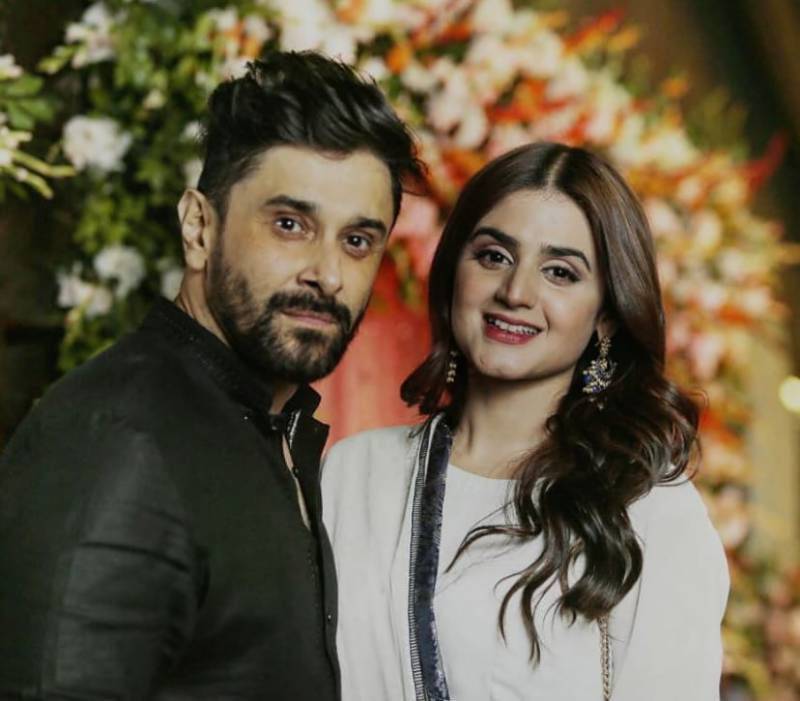 Hira Mani and her husband Mani are no strangers to controversy and this time around, the celebrity couple has made interesting revelations in their latest interview.

In an appearance on the talk show Hasna Mana Hai, the Meray Paas Tum Hou actor and her better half dished out details about how they met each other, fame before and after marriage, dealing with stardom and much more.

The celebrity couple discussed how before their marriage, Mani was a popular host and how the tables have turned. Now, the Do Bol star has risen to fame with her popular dramas.

Hira was all praises over how gracefully Mani dealt with balancing popularity and helped her with her career without being insecure.

Moreover, the Yakeen ka Safar actors revealed their marriage story and whirlwind romance. Hira said that she was 19-year-old when she fell in love with her now-husband by watching him on television. She was so impressed by him considering he wasn't scared of MQM and had a great personality, that they ended up marrying each other.

Needless to say, the latest episode of Hasna Mana Hai featuring Hira and Mani was full of laughter and funny revelations.

On the work front, Hira Mani had paired up with Pakistani heartthrob Junaid Khan for his song Yadaan which has been loved by the fans.

Lollywood diva Hira Mani is the ultimate superwoman in the world of glitz and glamour, as she juggles her personal and ...