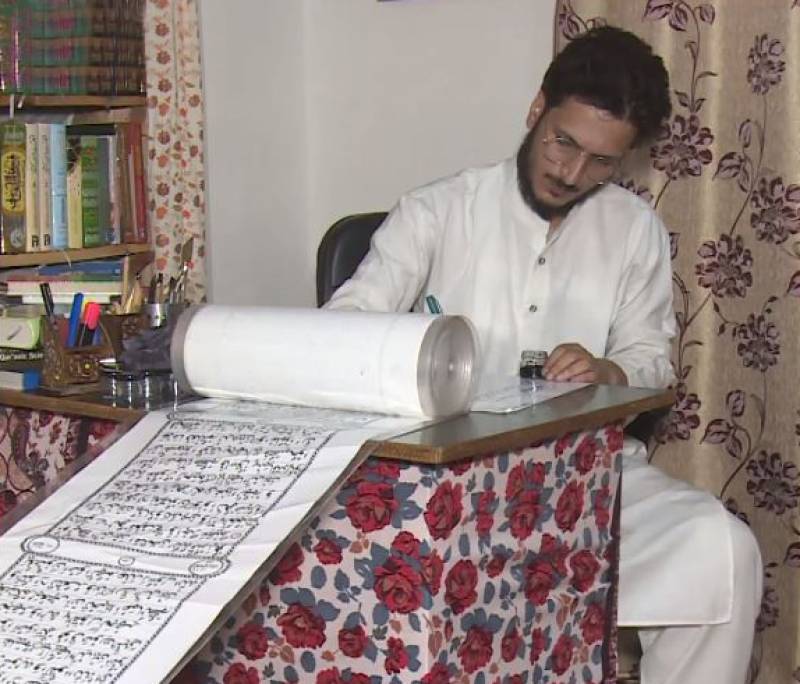 Kashmiri calligrapher Mustafa Ibni Jameel sets a new record as he wrote the Islamic holy book on a 500-meter-long scroll – a project that took him seven months.

The 27-year-old penman revealed that it took him months to create the historic script, using special pens and 85 gsm paper. The paper he used was 14.5-inch width and length of 500 meters.

His unique feat has put his name into the world record book and he made an entry in the Lincoln Book of Records.

Speaking with a foreign publication, the Kashmiri man who hailed from Gurez valley of Bandipora district said that he started the calligraphy to improve his handwriting and later penned Islam’s holiest book after spending some time.

Lincoln Book of Records mentioned Mustafa on its official website as he achieved the rare feat.

Mustafa mentioned that the first project he undertook was completed in less than a year without the guidance of any professional trainer.

Shahid Rassam, a Karachi-based artist, and his team is working on a noble project of making the world’s largest ...