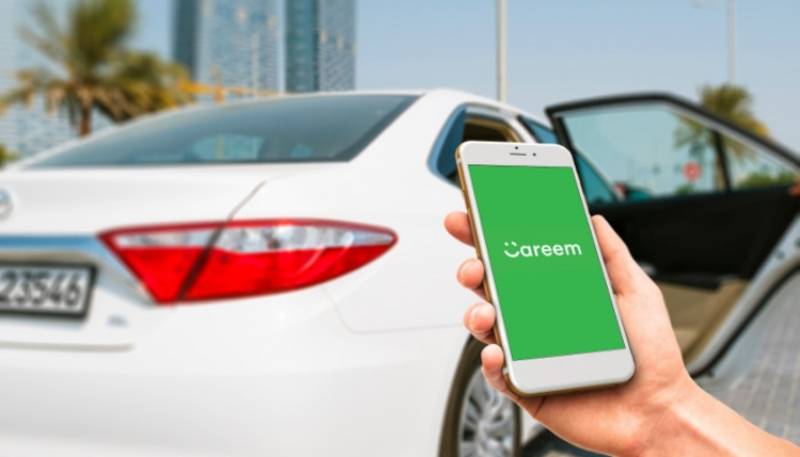 LAHORE - Don't we absolutely feel ready on the go all the time with options such as Careem and Uber that have taken over the taxi business lately? Maryam narrated her experience with Careem and we have to admit we are a little shook. Travelling alone comes with a whole load of baggage even if that means you are travelling within the city from one house to another night. In these scenarios, we expect trusted names to chaperone us.

Last night something really creepy and unsettling happened. At around 12 am, I was on the Saba Avenue road leading to Khayaban e Ittehad with my friends and I decided to book a Careem as I had to go somewhere else.

The captain arrived on my pin location but was no where to be seen. I called him several times to ask where he was and he kept saying “main pin location pe hoon. Aik black Vigo ke peechay hoon. House number nahi likha.”

At this point, I get out of my friend’s car and told him the house no that I was outside and said “ap agay peechay kisi se pooch lain aur is house number pe ajayein.” He must’ve asked the Vigo guys or someone then.

After about 5 mins, the careem car AND the Vigo, both arrived. A man came out of the Vigo and said “apne careem book ki hai? Hum ayein hain, aap humare sath bethain.” I was confused as to who he was and why he was here, I told him “meri careem tou agay khari hai, aap kon hain?”

This random man kept telling me to get in his car, must’ve told me five times “aap humare sath chalain, humari gari main bethain.” He was persistent to take me. My friends freaked out as well and told me to get in their car back and that I wasn’t going on a careem or anything.

I knew something was shady but I was totally baffled and wanted to know what was happening so I asked him “yeh kya horaha hai? KON hain aap?” Seeing me so stern, the man became timid and said “oh sorry hum bas funny video bana rahe thay. Ap kal morning show pe zaroor dekhain gi.”

He hands me a business card saying “yeh humari company/boss hain” and leaves. This is the business card. (A quick facebook search told me it’s a fake company that frauds people, don’t know what else they’re up to.) pic.twitter.com/sOZZ9WoVSK

I got back into my friend’s car and called the careem driver as to what the fuck is going on. He was visibly afraid but said the same thing, “wo pata nahi kuch log funny video bana rahay thay” I was like “kya funny video? Cameras kahan thay? Isme kya mazak tha?”

He says “ap ayein sath seaview village restaurant udhar cameras hain” Mind you, this restaurant is miles away. I said “may kyun aon apke sath?” and told him to cancel my ride. He did that and added charges to my balance. Thanks mate :) pic.twitter.com/hBCpyhoTCf

It’s not about the money but @CareemPAK get your shit together. I’m a loyal customer, I regularly travel using careem thinking it is safe but your captain potentially put me in threat bringing random goons with him to take me in their car and defended them. What the hell?

Luckily, she did make it home safely by trusting her gut feeling and being stern with the men who came with intentions we can only wonder and shudder about.

Anyway, I made it home safely. I don’t know what they were thinking of me, why they wanted to take me with them, but to all my friends, girls and boys: Be safe and vigilant. Don’t travel alone at late hours. Be around people you trust. I definitely will be.

Had Maryam not used her brain and dismissed their attempts, this could have turned into tragic news for the next day.

People are reacting to this incident. We guess everyone is looking towards Careem for some legit answers.

Jesus! On top of that your iPhone was about to die on you too!

Problem people are now having trusting Careem is that they don’t get to see the outcome of such investigations.. this is not the first time and certainly not the last..
Careem should set an example..

@CareemPAK Pls give update on this as me and my close friends are regular user of your service. This is very threatening.

Thats crime what they did and you can sue careem and then those guys will be their headache. Sue careem this is serious. Every facilty in pak is misused.

Careem Pakistan has apologized but people are left to ponder upon where is the outcome or was there any investigation in the first place?

Also, please know that our goal is to provide a consistently reliable service. And based on the events you described, we will be on this case to resolve this amicably. 2/2