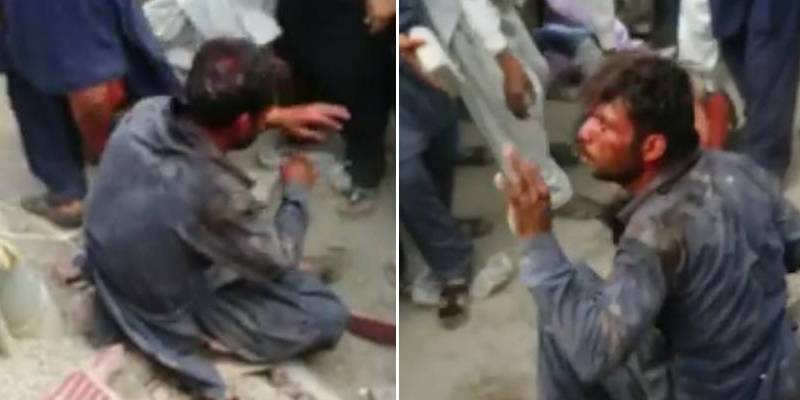 RENALA KHURD - Enraged locals in Okara city of Punjab handed two robbers ruthless street justice as they tried to flee the scene after firing shots at two citizens, on Thursday.

According to a video posted on social media, the robbers had left two brothers injured in the robbery attempt, but residents caught them red-handed and assaulted them.

The robbers hailed from Renala Khurd, a city 17 KM away from Okara and in the video, could be seen pleading for forgiveness much to the rejection of the mob encircling them.

Street justice, though legally barred, is often used in numerous cities of the country apparently due to trust deficit between the masses and judicial quarters.

One such incident that harks back to 2010 stirred chaos across the country when two brothers Mughees and Muneeb Butt were lynched in Sialkot on suspicion of robbery.