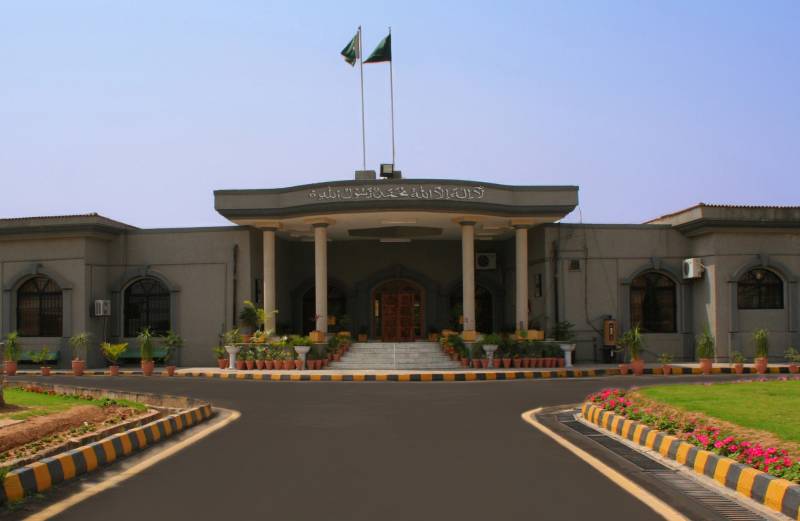 ISLAMABAD - The Islamabad High Court (IHC) on Friday made it compulsory for all Pakistani citizens to take an oath regarding their faith if they seek to join the civil service, armed forces or judiciary.

The decision, penned by Justice Shaukat Aziz Siddiqui, was given in the case regarding changes in the Finality of Prophethood (PBUH) oath in the Elections Act 2017.

The court, in its short order, ruled that citizens applying for jobs in state institutions must take an oath which ensures compliance with the definition of Muslim and non-Muslim provided in the Constitution. The verdict said that the Constitution provides rights to minorities and it is the duty of the state to protect them.

The court ordered National Database and Registration Authority (NADRA) to set a deadline by which citizens could ‘correct’ the religion specified on their identification documents.

The IHC also ordered the parliament to “take steps” for the “protection of the belief in the finality of the Prophethood”.

“Khatm-e-Nabuwwat oath is the foundation of our religion and it is the duty of every Muslim to protect this core belief,” the order read.

The verdict directed the educational institutions to ensure that the teachers appointed to teach Islamiyat and religious studies belong to the Muslim faith.

As per Justice Siddiqui’s comments, a detailed verdict will be released later.

The government in an earlier hearing of the case had submitted a report by the committee investigating changes in the Finality of Prophethood (PBUH) oath to the IHC.

The committee, headed by Pakistan Muslim League-Nawaz (PML-N) Chairman Senator Raja Zafarul Haq, was formed to discover and disclose the identity of those responsible for making changes in the oath when the Elections Act 2017 was passed last year.