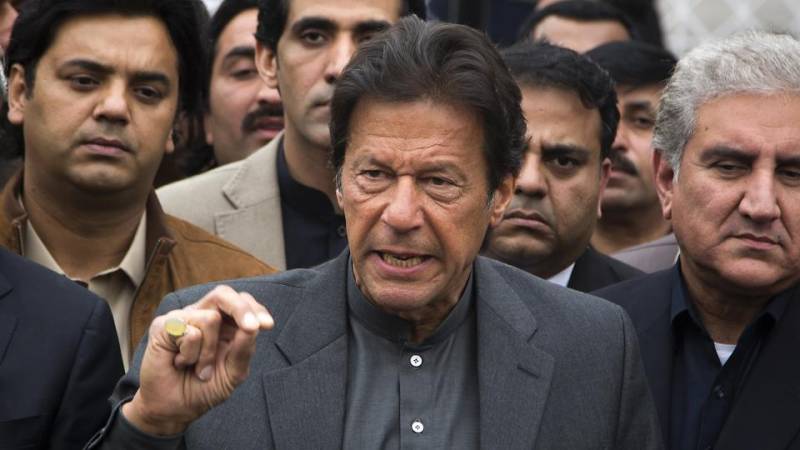 ISLAMABAD - The Chairman Pakistan Tehreek-e-Insaf (PTI) Imran Khan on Friday announced that his party’s Senators would neither vote to Pakistan People’s Party (PPP) nor Pakistan Muslim League-Nawaz (PML-N) for the Senate Chairman slot.

“PTI will never support PPP and PML-N in any circumstances,” Imran affirmed.

While addressing a Press Conference in Islamabad, Imran Khan announced to support the candidate from Baluchistan for the Senate Chairman and the Deputy Chairman from Federally Administrated Tribal Areas (FATA).

Imran Khan said the people of FATA had rendered tremendous sacrifices, adding Balochistan and FATA were feeling deprived for some years; therefore, the Senate Chairman should be from Balochistan while the Deputy Chairman be elected from FATA so that their sacrifices be acknowledged.

The Chairman PTI said by giving FATA and Balochistan more representation, they could address the sense of deprivation.

“We must strengthen federation; Senate is a representative body of the federation,” Imran Khan said.

Imran Khan said PTI’s Core Committee unanimously decided in favor of giving the Chairmanship of Senate to Balochistan and the Deputy Chairman must be made from FATA.

“Our fight is not against an individual but about the dilemma of corruption that is eroding our political and social stratum,” Imran Khan said.

The Chairman PTI categorically mentioned that his 22 years struggle against corruption would not allow him to shake hands with Zardari and likes.