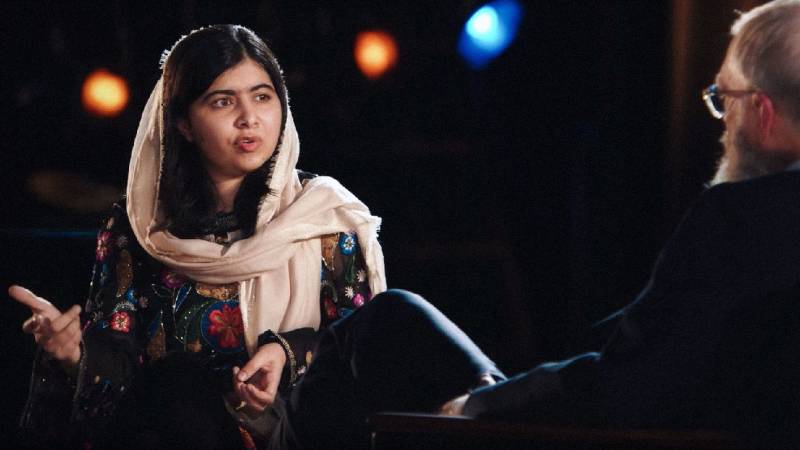 According to a report by The Hollywood Reporter, when David Letterman interviewed the world's youngest Nobel Prize winner, Malala Yousafzai for the third episode of his new Netflix show, 'My Next Guest Needs No Introduction', he decided to ask her what she thought of President Trump.

Malala couldn't have agreed more, focusing on the Muslim ban and Trump's vision for America, “I know, a ban on Muslims! And I’m a Muslim,” she said. “Some of the things have really disappointed me, things about sexual harassment and a ban on Muslims and racism. You see all these things and you feel that America, being known for human rights and a country of liberty and freedom, that country should be leading in terms of human rights.”

She further talked about education and what a government's role should be regarding the entire process.

“The governments need to invest more money into education. Business people, everyone who is part of society, they need to start thinking about investing in girls and their education. We just need an ambition and an intention. What to do is then easy."