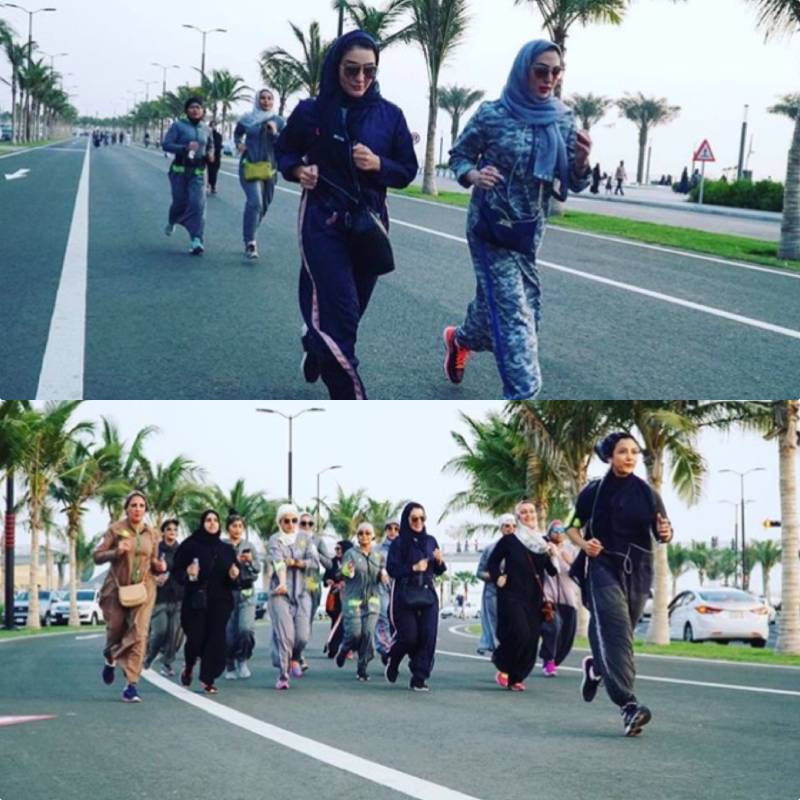 Jeddah- Women in Jeddah celebrated women’s day in a very unique way as they jogged around the streets of Jeddah they found their freedom. Women were not allowed to jog on the roads, this little activity was a stamp on changing ideologies of the kingdom. This jog was organized by Saudi women’s running club and women were seen wearing sports friendly abayas which allowed them to jog around the streets freely.

The kingdom is stepping up its game for women with new women empowering laws. One of the joggers explained how this is just the beginning of a revolution for women in Saudi Arabia.

In 2017 enrollment for physical education started in the schools for girls which led to approval of licenses for women’s gym and now finally women have got the access to exercise in public domains.

Women in Saudi Arabia are making history as 1500 women across the kingdom took part earlier this month in first ever women’s run. Not only this but Saudi officials have announced that now women can take part in next year’s Riyadh international marathon.