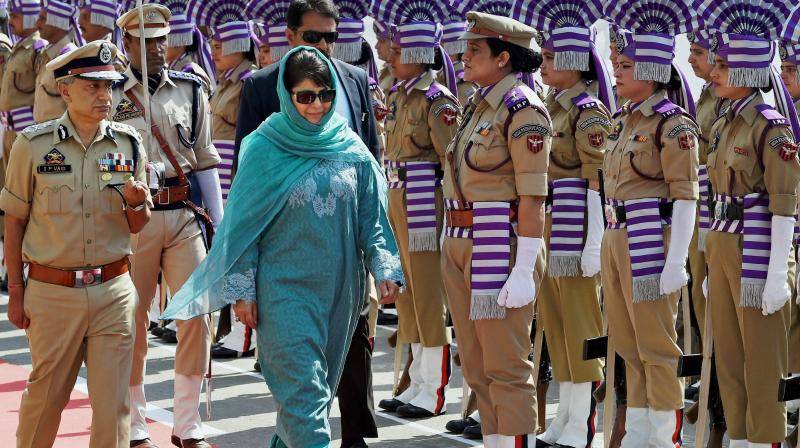 Jammu and Kashmir Chief Minister Mehbooba Mufti on Monday vehemently criticised the Indian media for spreading hatred against the people of Kashmir and portraying them as stone pelters.

"There are some who pelt stones, but not all the youth from Kashmir do so," she said, urging the national media not to highlight discussions that "developed hatred" against the people of the state.

Kashmiri students were "angry and disillusioned", she told reporters at a brief interaction at the opening of the Civil Secretariat here, referring to the ongoing protests.

I request national media to not show discussions on TV that spread hatred against people of J&K, in the country: Mehbooba Mufti, J&K CM pic.twitter.com/f9YMgXB87i

The chief minister believed that some students were being "provoked".

"Some are being provoked. I think we should all work together to resolve this situation," she said. The situation was "serious", she added.

"But I do not think it is something which cannot be resolved," she added. Kashmir, the CM said, had seen far worse.

"Since 1947, there have been many occasions when J-K has gone through bad times. Today we are again at the crossroads," she said.

Mehbooba Mufti's comments have unwittingly underlined the fact that the recent antiregime movement has largely turned into a nonviolent intifada.