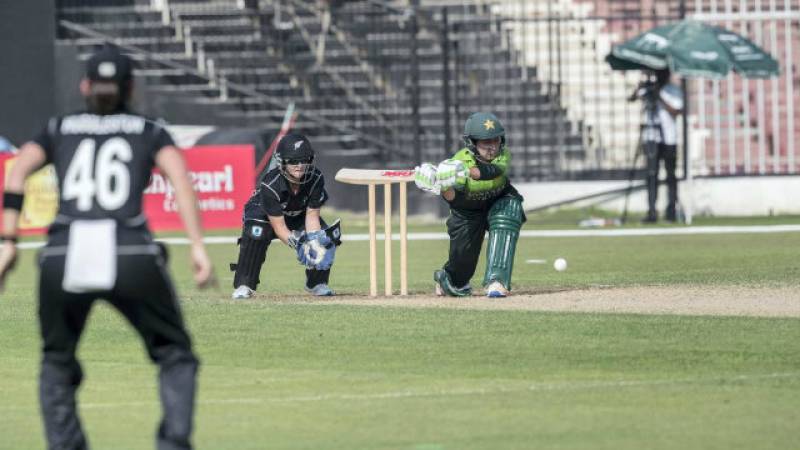 SHARJAH - New Zealand went 2-0 up in the four-match T20I series after Pakistan fell 39 short of their 151-run target in Sharjah on Thursday.

Electing to bat first, openers Sophie Devine (70 off 44 balls) and captain Suzie Bates (52 off 43 balls) raised the 100 in just the 13th over, before Javeria Khan struck to break the stand and then dismiss Katie Perkins in her next over.

The girls in green then went on to take four wickets in the 18th over and one in the 19th to restrict the Kiwis to 150/8.

Debutant Nashra Sandhu’s over yielded four wickets in the last five balls, while Saadia Yusuf continued the magic and took a wicket off the first ball of her over.

But the feat had come too late in the innings and the target proved too much for Pakistan who could only score 111/7 in their quota of 20 overs, losing the game by 39 runs.

Pakistan started slowly in their chase with openers Nahida Khan and Sidra Ameen adding just 29 runs in the first five overs. It was Bates who halted their progress, dismissing Ameen for 18 and running Nahida out within the next two overs.

Javeria and captain Bismah Mahroof couldn't bring out the big hits and their wickets left Pakistan reeling at 77 for 4. Aliya Riyaz (23 off 22 balls) and Sidra Nawaz took Pakistan across 100, but offspinner Satterthwaite dismissed both of them in the penultimate over. But by then the game was well and truly out of grasp.

The girls in green recently enjoyed their first-ever One Day International victory against New Zealand when they rushed to a convincing victory against the Kiwi women in the third ODI of ICC Women's Championship.