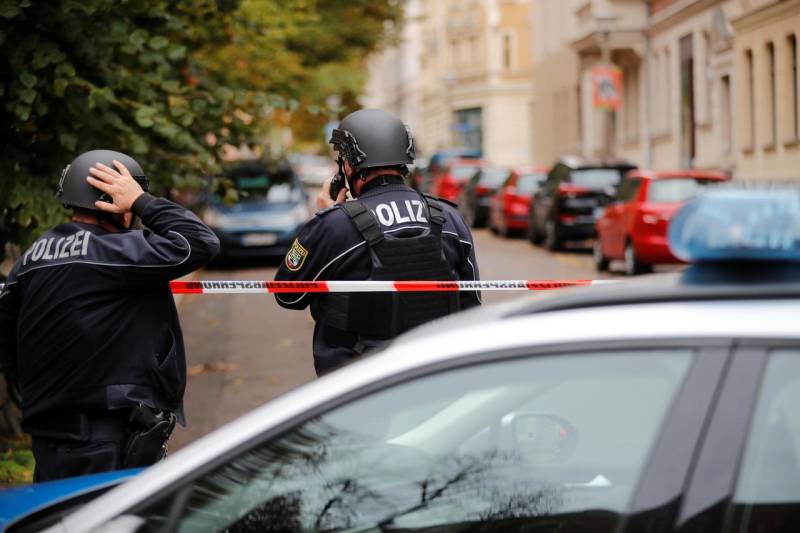 HALLE - Germany is facing a 'rampage situation' as a gunman targeted a synagogue and a kebab shop, leaving two dead on Yom Kippur, the holiest day of the year in Judaism.

Police said several shots were fired in the Paulus quarter north of the city centre around midday on Wednesday, confirming that one suspect had been arrested; the law enforcers did not reveal the identity of the suspect.

The victims include a woman and a man, the identities of which have not been released as well.

“We remain alert, however. We have deployed forces in and around Halle and are trying to stabilise the situation until we have all the relevant information,” police shared.

Talking to Spiegel magazine, Max Privorotzki, head of the Jewish community in Halle, told that the killer wearing military uniform tried to enter the synagogue but was resisted by security personal.

There were almost 80 people in the synagogue and according to Spiegel, the two attackers had separated after the initial attack and one of them was later arrested by security forces on highway after hijacking a taxi.

German Chancellor Angela Merkel's spokesman, Steffen Seibert, told newsmen during a regular government press conference, "This is terrible news from Halle, and I hope very much that the police catch the perpetrator, or perpetrators, as quickly as possible."

Moreover, António Guterres, the UN Secretary-General, strongly condemned the incident, according to a statement given through his deputy spokesman.

He regards this as "yet another tragic demonstration of anti-Semitism — perpetrated on the holy day of Yom Kippur — which needs to be fought with the utmost determination."