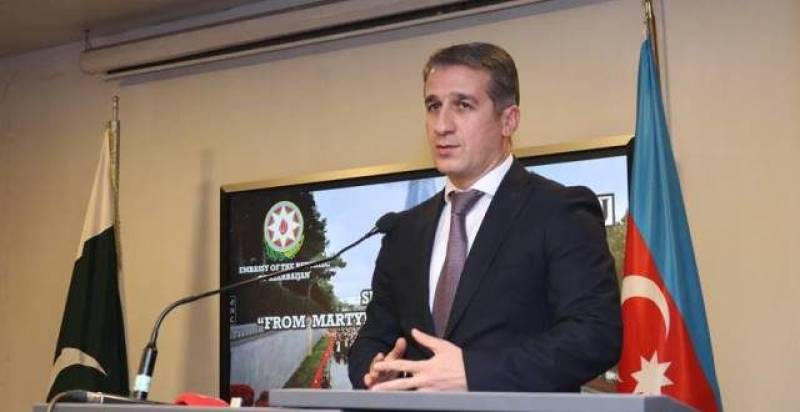 While speaking at a news conference in Islamabad, Azerbaijan's Ambassador to Pakistan Ali Alizada said his country wants peace and the Azeri President has agreed to restart negotiations.

However, he said Armenia is acting contrary to the negotiation process and is trying to consolidate its illegal occupation of Nagorno Karabakh.

The conflict between the two countries, which started on Sept. 27, is the latest flare-up in an ongoing dispute over the mountainous enclave in the South Caucasus. The fighting has threatened to expand beyond the breakaway state, which is located within Azerbaijan’s borders but controlled by ethnic Armenians.

He urged the international community to take immediate and concrete measures for end of illegal occupation in Nagorno Karabakh.