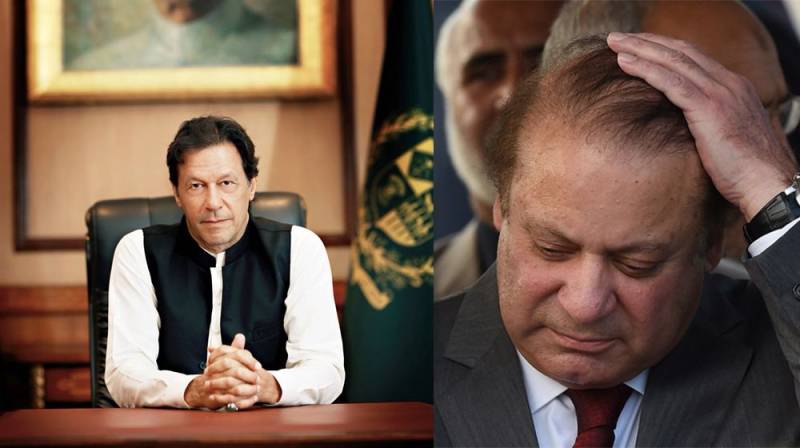 ISLAMABAD – Prime Minister Imran Khan revealed on Friday that Federal Minister for Human Rights Shireen Mazari had broken down in tears during a meeting of the federal cabinet reviewing Pakistan Muslim League-Nawaz (PML-N) health condition to allow him to go abroad for treatment.

The premier recalled the incident while addressing a seminar held by All Pakistan Insaf Lawyers Forum in Islamabad.

He said that the court had asked the government that it will be held responsible if anything happened to ill former premier.

Khan said that a six-hour long meeting of the cabinet was held to review medical reports, which were showing that Nawaz is suffering from multiple diseases and severely ill.

He said that the human rights minister, who appears to be a strong woman in first impression, broke into tears when it was told that the former premier was suffering from multiple ailments.

Last year in October, Nawaz Sharif was hospitalized in a public medical facility Lahore from a detention centre, where he was serving his punishment in a corruption case, after a sudden and sharp fall in his platelets.

His personal physician, Dr Adnan Khan, at that had raised alarm about his deteriorating health condition.

Later, the matter landed in the Lahore High Court seeking permission to allow the former premier to go abroad for treatment. The government was reluctant to give permission and demanded indemnity bond worth Rs700 crore.

However, the court rejected the PTI government’s condition about indemnity and allowed Nawaz Sharif to go abroad.

In November, the former premier left for London on a high-end air ambulance.

Imran Khan while addressing lawyers said that he was surprised after seeing Nawaz Sharif climbing stairs for the plane actively.