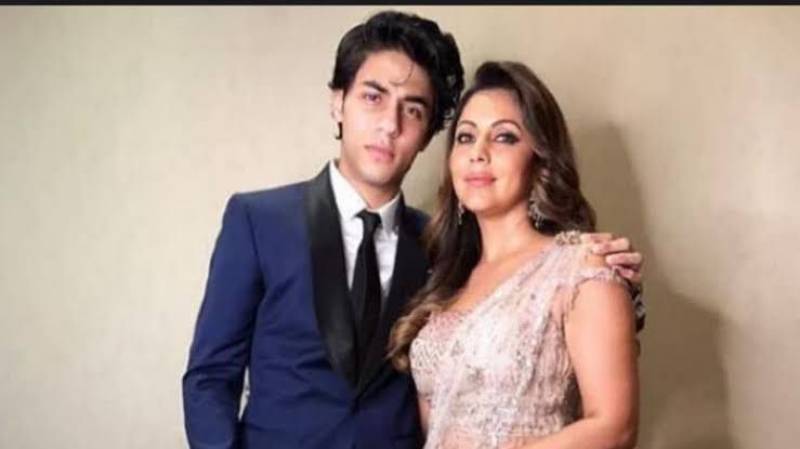 The bail application of Aryan Khan, the elder son of Bollywood superstar Shah Rukh Khan, has been rejected by a Mumbai court as "not maintainable", as the state narcotics agency expressed fear that he could tamper with evidence and influence witnesses.

Aryan, 23, and seven others was taken into custody by India's Narcotics Control Bureau (NCB) for alleged possession of banned drugs and substance abuse onboard a cruise ship in Mumbai. They were formally arrested on Sunday.

A total of 18 people have been arrested so far in the case.

After a court refused him bail in a drug seizure case, a video of Gauri crying in her car went viral on the internet. Spreading like wildfire, the video shows a visibly distressed Gauri curled up in the back seat of her car shielding her face with all cameras on her.

Moreover, Aryan's lawyer had argued that he was unlikely to flee the country if granted bail. He maintained no drugs had been found on Aryan and contested the NCB's argument that he could tamper with evidence if granted bail.

The 23-year-old was sent to judicial custody for 14 days despite the NCB asking for his remand. He was booked under sections 8(c), 20(b), 27 and 35 of the Narcotic Drugs and Psychotropic Substances Act, 1985.

Meanwhile, fellow celebrities from the entertainment vicinity have extended their support to SRK. Khan’s massive fan following has also been super supportive with multiple Twitter trends.

The arrest of Aryan Khan, son of Bollywood superstar Shah Rukh Khan, has been the talk of the town lately. The ...