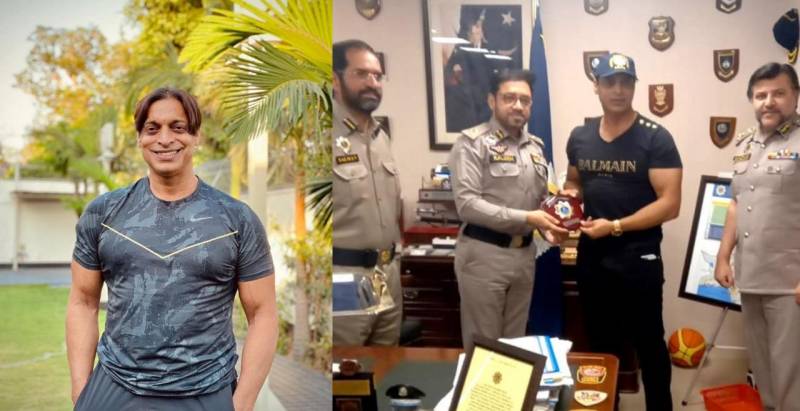 Former fast bowler Shoaib Akhtar adds another jewel to his crown as he gets appointed as ambassador of Motorway Police.

The 45-year-old bowler par excellence turned to his social media to share the news with his fan following as he proudly announced his association with Motorway Police.

"Proud to be associated with Motorway Police of Pakistan as an ambassador. I will Inshaa Allah play my part in creating awareness about road safety & inform people about traffic laws," he wrote.

Moreover, the fast bowler was of the viewpoint that the citizens should set an example by following traffic rules.

“Shoaib Akhtar NFT” trended on Twitter as Shoaib will now be able to exchange his digital copyrights in the world of cryptocurrencies with the NFT launch.

With the fast-paced technology and cross border interactions, the Internet is full of surprises as the netizens are ...