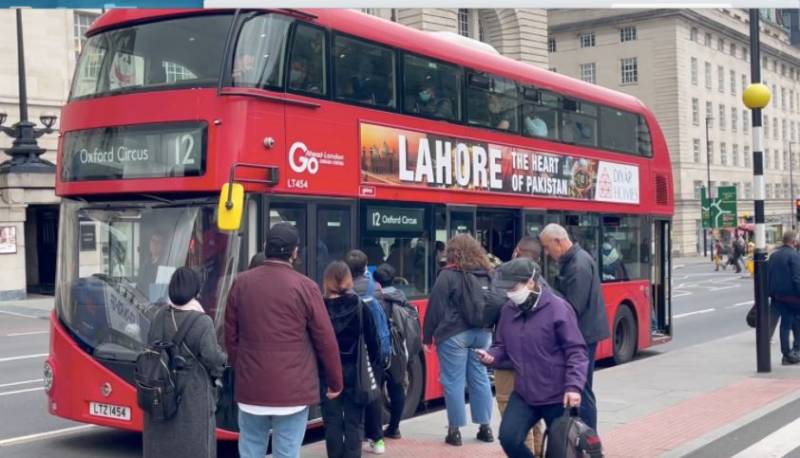 LONDON – The city of Lahore has been projected globally in London as a private real estate company has launched its campaign in several parts of London to showcase the rich heritage of Lahore on 150 of London’s iconic red buses to promote ‘LAHORE – The Heart of Pakistan’.

On some of the busiest routes of London, 150 buses carrying the banners of LAHORE – The Heart of Pakistan’ will pass through London till the middle of November 2021.

Diyar Homes, the developers of the $30 Million luxury real estate development One Canal Road, Lahore, who recently announced their collaboration with leading Italian fashion house VERSACE Ceramics, are behind the launch of mega campaign on 150 of London’s iconic red buses to promote Lahore as the travel and investment destination.

Director of Diyar Homes UK Shaan Abbas speaking to the media at the launch of buses said that Lahore has undergone a $10 Billion urban transformation in recent years cementing its place as the cultural and economic heart of Pakistan.

“It’s the preferred investment destination of Pakistan and this is the message we wanted to give to the world from London, the global capital,” he said.

During four weeks, millions will see these buses depicting the diversity and beauty of Pakistan, he said.

He said the moving buses are creating an unparalleled lasting visual impact on millions of pedestrians and motorists alike, especially the tourists.