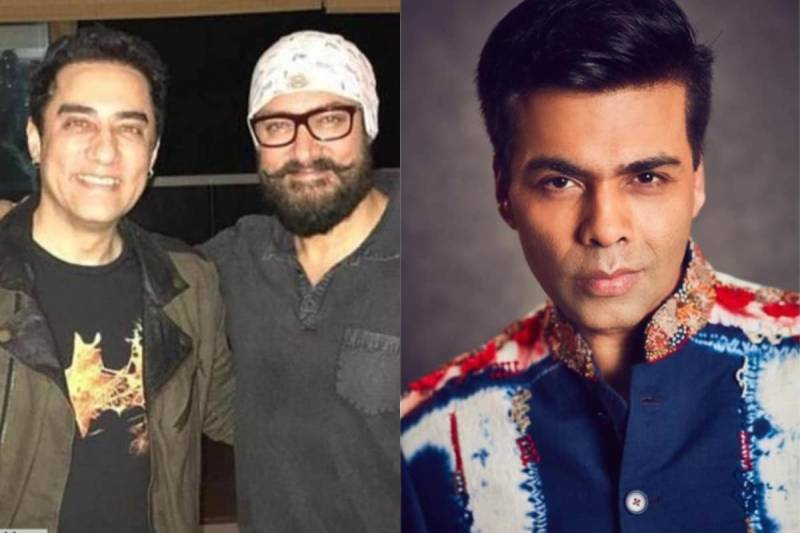 Bollywood actor Aamir Khan's brother Faisal Khan has now opened up about the bias in the Indian film fraternity by discussing an event that involves producer Karan Johar.

Discussing the ‘insider-outsider’ game in Bollywood, Faisal said that he has experienced favouritism at the hands of the filmmaker Karan at his Aamir’s 50th birthday.

As quoted by Bollywood Hungama, Faisal revealed,”If your work flops, they don’t treat you well; they don’t even look at you and it has happened with me. On my brother’s 50th birthday, I was looked down upon by someone, I don’t wish to take the name. But, Karan Johar acted weird with me; he put me down.”

"He insulted me when I was trying to talk to someone and trying to disconnect with the person I was talking to. So, a lot of such things have happened and even I have been through it," he added.

Referring to actors such as Shah Rukh Khan, Akshay Kumar, Ayushmann Khurrana and others, Faisal talked about how an initial advantage is provided to the industry kids, just like he did, but they will survive only on the basis of the quality of their work.

“At the end of the day, you’ll get a break in the industry due to nepotism and favouritism. If your father is a big director then he can make a few calls and people to cast you, but you will have to prove your worth in the end. There’s no theory or formula to success. There are going to be new people coming in both from the insiders and outsiders. In fact, I think that the rate of insiders flopping is higher than that of the outsiders because you get the chance but you’re not successful,” he said.

This incident isn’t very surprising as Karan Johar’s is known to be a big supporter of Nepotism and for being hostile towards artists who do not come from influential Bollywood backgrounds.