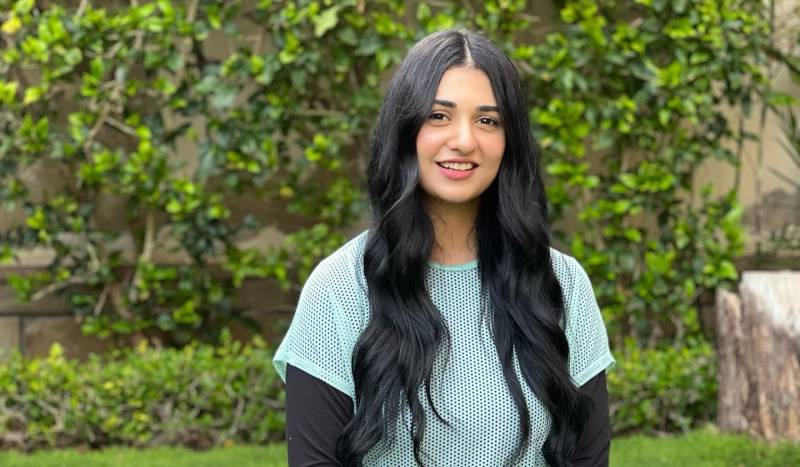 Lollywood's doll-faced actress Sarah Khan ranks among the most successful leading ladies in both Pakistani drama and film industries. The Wabal actress is quite interactive on social media with her fans despite her hectic schedule. Khan has a knack for sharing bittersweet moments of her life with her fans.

Khan – who is married to Pakistani singer Falak Shabir – managed to set pretty high standards for couple goals. The internet is often in awe of Khan and Shabir showering each other with love and praise. The parents of one seem not to be over each other.

Although Khan and Shabir have gained lots of love and prayers for their adorably little family, netizens called them "a showoff" and accused them of faking it on social media. With the trolling becoming aggressive day by day, Khan felt the need to clear the air.

Khan talked to Something Haute on the sets of her latest drama serial Wabal and addressed the trolls.

With her diplomatic statements, Khan stated that she is rather fortunate to have been blessed with a great father, a brother and now a great husband so she felt morally obligated to show the good side of men on social media.

Even though Khan's statements were amply convincing, many thought that since Khan has never seen the other side of men, she will have a positive opinion.

While many Pakistanis were busy celebrating Independence day, a bunch of celebrities added more to their joy and pride ...