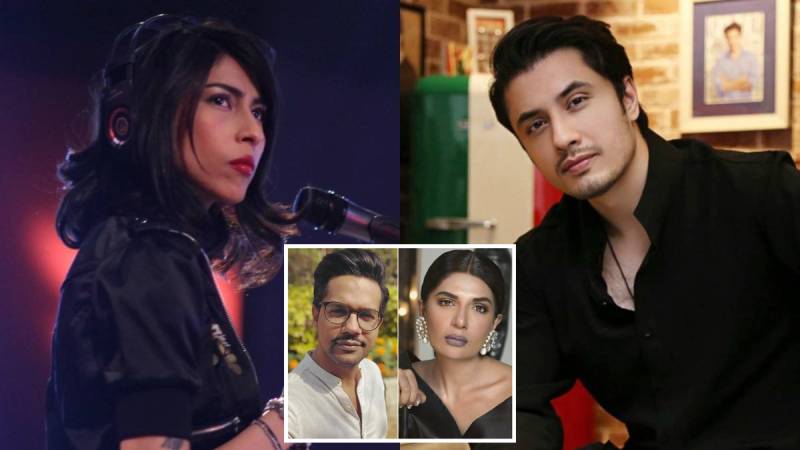 All the suspects had failed to attend the hearing before the magistrate. Earlier, actor Iffat Omar, Faizan Raza, Haseemur Zaman, Fariha Ayub, and Leena Ghani filed the pleas seeking exemption from personal appearance as the members cited living and working in Karachi being permanent residents.

They prayed that it was difficult for them to appear before the court on all hearings. However, in his written order issued on Wednesday, Magistrate Rehman rejected the ground taken by the suspects and dismissed their applications for a permanent exemption, and issued arrest warrants for Iffat and Ali Gul Pir.

Meanwhile, the court also summoned Meesha Shafi and Maham Javed through summons for the next date of hearing.

The most talked-about the controversy of showbiz industry has to be Meesha Shafi's sexual harassment allegations ...

Earlier, the federal investigators had lodged the case under section 20 of the Pakistan Electronic Crime Act and section 109 of the Pakistan Penal Code against nine members for running a smear campaign against the singer-turned-actor.

The investigation report of FIA cited that the investigation established that all the suspects including Shafi posted direct allegations and derogatory content on social media against Zafar.

LAHORE – The Federal Investigation Agency (FIA) on Tuesday has declared singer Meesha Shafi and eight others ...