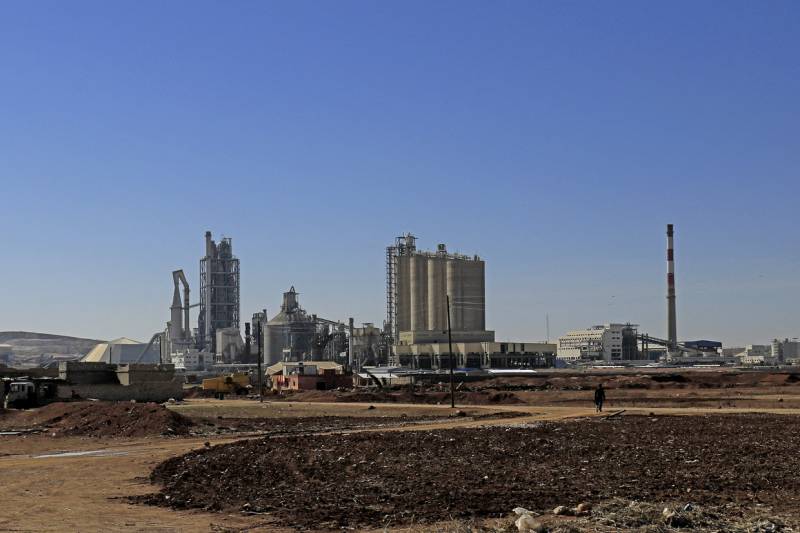 PARIS – Turkish media reports revealed that French cement giant Lafarge informed French intelligence services about their ties with Daesh and that these relations were conducted within the knowledge of French state institutions.

The documents shared by Anadolu Agency stated that Lafarge, charged with ‘crimes against humanity’ for paying IS to keep its Syrian plant running, had been informing the country’s intelligence officials about its ties with terrorists.

The report quoting documents cited that the representatives of the French industrial company also held a number of meetings with domestic, foreign, and military intelligence services during the Syrian conflict.

The French spy agencies were accused of having used the company’s relationship with Daesh and other militant groups to keep up to date with the events on the ground in the Middle Eastern country. They also refrained from warning the company that its relations with terrorists were a crime.

Lafarge, who enjoyed commercial relations with the terror organization, also built shelters for its fighters using sources but also sold them to generate revenue for its activities.

In 2014, the security director of a French firm, Jean Claude Veillard, sent an e-mail to the French Ministry of Interior Intelligence saying the company is still active in Syria and needs to establish relations with ‘local actors’ for future operations. In response, an Intelligence official gave him a date to discuss the situation in detail.

Following the scandalous discussion of the Lafarge-terro relations in France and the reflection of the issue in the court, the official, with the code name AM 02, gave a statement in court on November 18, 2018.

As per the transcript, he admitted that Lafarge was his source of information in Syria. He told the judge how the French secret services took advantage of the factory. He also confessed that during the 2012-2014 period Lafarge sent cement to all militias in Syria - including the Nusra Front.

“We used the situation purely opportunistically, taking advantage of Lafarge’s continued work,” he said in the court hearing.

ALEPPO (Web Desk) - French firm Lafarge has been accused of making deals with ISIS to protect its cement making ...

The details of sending cement to Daesh were discussed in the correspondence between Lafarge Security Manager Veillard and the French Ministry of Interior intelligence on September 1, 2014.

From the statement, it is quite clear that the French authorities were fully aware of Lafarge’s relationship with the IS.

More than 30 meetings between Lafarge and the French domestic, foreign and military intelligence services were held between 2013 and 2014.

In 2017, the company’s head of security, testified to law enforcers as Lafarge was accused of committing crimes against humanity by financing terrorist organizations. The official tried to prove that he had informed the French state and intelligence agencies of everything he had done.

The company admitted in 2017 that it had made payments to IS and another armed group to keep the factory open, it disputed accusations of ‘participating in crimes against humanity'.

Meanwhile, a top French court has overturned a decision by a lower court to dismiss charges brought against cement giant Lafarge for complicity in crimes against humanity in Syria’s civil war.

The court ruling marks a major setback for the French cement giant, to keep its factory in northern Syria running through the early years of the country’s war.

Earlier, the Paris Court of Appeal had in 2019 dismissed the crimes against humanity charge, saying it accepted that the payments were not aimed to spread IS agenda of executions and torture. However, it ruled that the company be prosecuted on other charges including financing terrorism, violating an EU embargo, and endangering the lives of others.

The French firm is not the first multinational to be accused of complicity in crimes against humanity but such cases have rarely been brought to trial.

WASHINGTON - In a sensational development, the Wikileaks founder, Julian Assange, has revealed that US Democratic ...