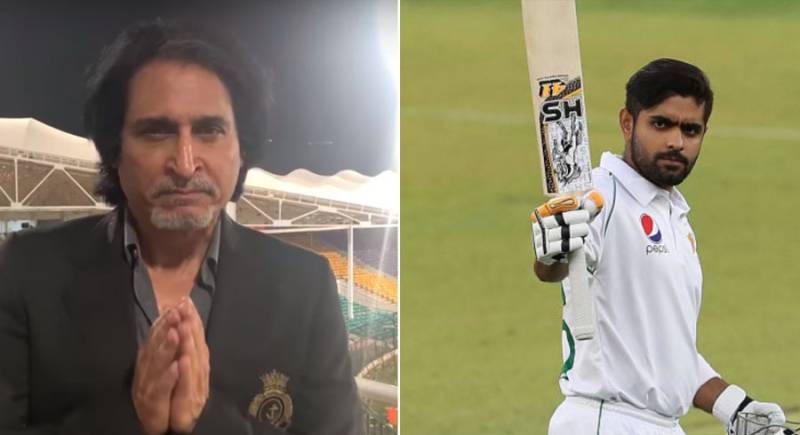 Reports quoting sources said be Ramiz Raja, who was recently nominated to the post of PCB Board of Governors, has expressed the desire to replace Babar in the longer format saying he wants to improve the country’s Test ranking.

The famed commentator said Pakistan has the potential to improve its ranking in Test cricket while some of the reports claim that Raja had changed the T20 World Cup squad in consultation with the chief selector – without taking Babar Azam's suggestions.

It added that the skipper wanted Sharjeel Khan, Fakhar Zaman, Fahim Ashraf, and Usman Qadir in the squad but Ramiz had them removed and replaced them with Azam Khan, Asif Ali, Khushdal Shah, and Sohaib Maqsood.

It was reported that Babar was not happy with Azam Khan and Sohaib Maqsood's inclusion in Pakistan's T20 squad.

Following the reports, Pakistan cricket board CEO Wasim Khan on Wednesday came forward to clear the air. Negating the reports, he said Babar Azam is ‘fully behind’ the direction being taken by the board.

LAHORE – Pakistan Cricket Board Chief Executive Wasim Khan has cleared the air on media reports which claim that ...

"It has come to our notice that factually incorrect reports are circulating about the Pakistan national squad environment," his statement reads.

Khan also termed Ramiz’s meeting with some of the players, as a 'healthy and positive’ interaction. He had said that during the meeting, a consensus was formed on the brand of cricket that needs to be played in the upcoming series and beyond.

LAHORE – Pakistan captain Babar Azam has reportedly expressed displeasure over the squad selection for the T20I ...