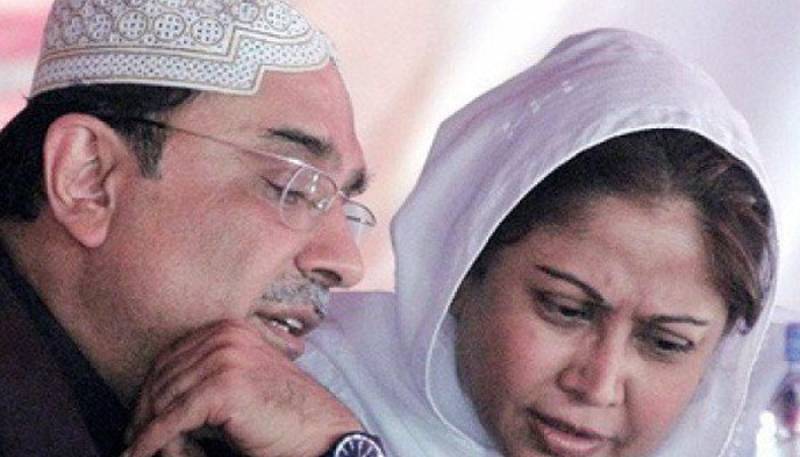 The bench also directed the National Accountability Bureau (NAB) to share details of cases against the accused.

A divisional bench comprising Justice Aamer Farooq and Justice Mohsin Akhter Kiani conducted hearing on bail plea of former president and his sister who were also present during the hearing.

During the hearing of the case, Justice Farooq inquired from the NAB prosecutor regarding the ongoing investigations and inquiries against the accused. The court also asked the NAB officials to specify the inquiries in which Zardari had not been summoned so far.

NAB prosecutor Sardar Muzaffar Abbasi informed the court that there were three inquiries and two investigations underway against the accused.

He said that he could only share the details of cases in which the former president had been summoned.

Justice Kiani asked, "If the NAB officials were thinking to give surprise to the accused."

The NAB officials also requested the bench to grant some time to submit a reply on bail plea of Zardari and Talpur.

Addressing the former president, Justice Farooq asked why he had brought so many political supporters in court.

To this, Zardari's counsel Farooq H. Naik pleaded that his client had barred the political supporters to gather in the trial court and IHC.

The court extended the interim bail of Zardari and Talpur till April 29, and also sought the details of the cases from NAB against the accused.