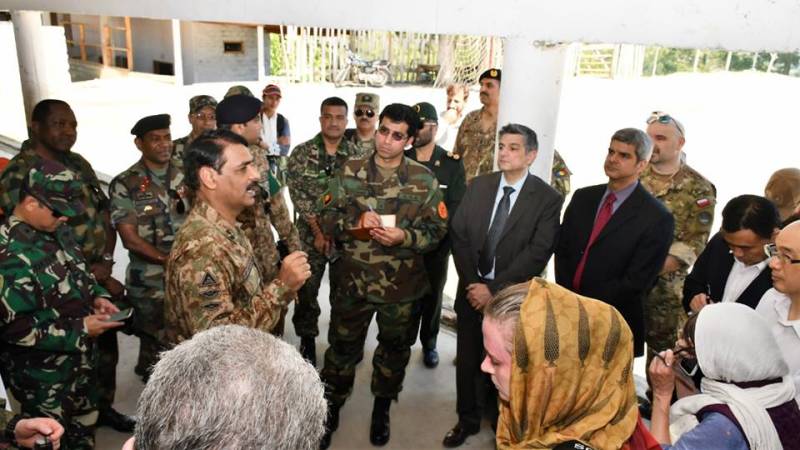 RAWALPINDI - The media wing of Pak Army took a group of international media journalists mostly India based and Ambassadors & Defence Attachés of various countries in Pakistan to Balakot for exposing the reality of alleged surgical strikes claimed to have been carried out by India.

According to a communique issued by Inter-Services Public Relations on Wednesday, the group visited impact site near Jabba, Balakot where India violated the Line of Control.

A group of international media journalists mostly India based and Ambassadors & Defence Attachés of various countries in Pakistan visited impact site of 26 February Indian air violation near Jabba, Balakot. Saw the ground realities anti to Indian claims for themselves. pic.twitter.com/XsONflGGVP

'Visitors were shown bomb craters of denied Indian air strike attempt in barren open spaces with no loss to life or infrastructure,' stated the media wing.

ISPR stated that the group also visited nearby madrassa (seminary) claimed by India to have been targeted in which it [India] said scores of terrorists were killed.

"Visitors freely interacted with student children and teachers and saw for themselves that madrassa stood on ground untouched with only innocent local children undergoing education," ISPR stated. 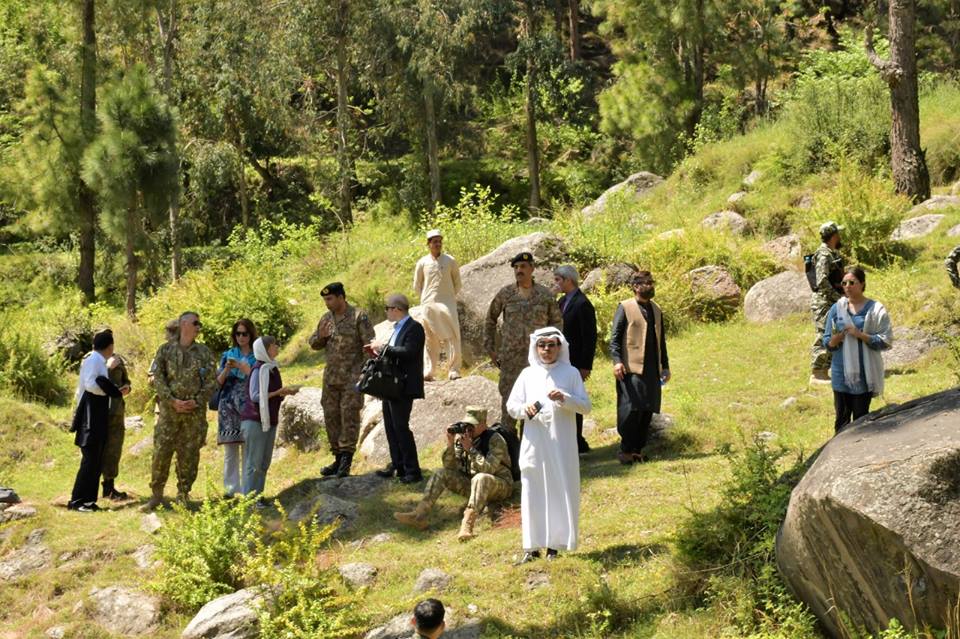 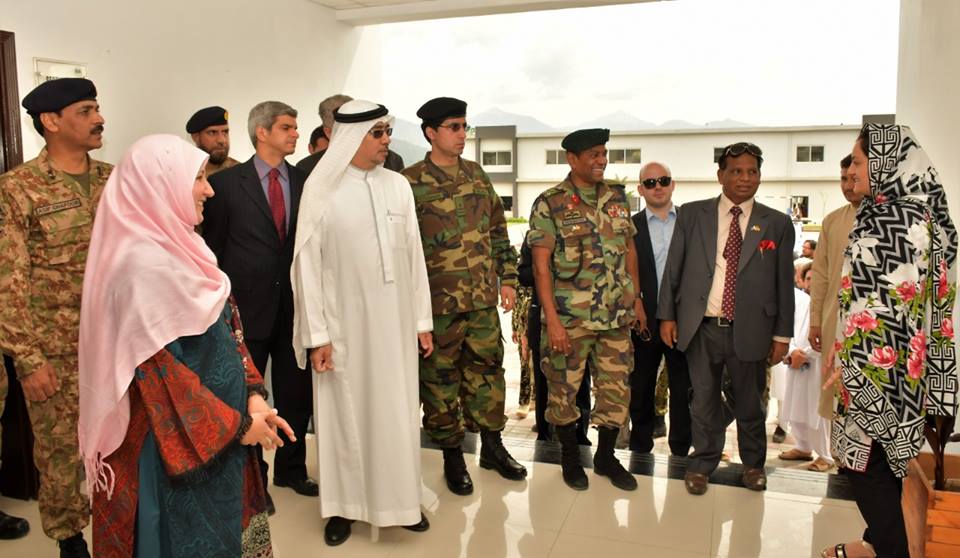 The ISPR chief reiterated that India instead of pursuing false claims should accept the reality, stay a responsible state for peace in the region and especially to look inward to identify reasons for out of hand situation inside Indian Occupied Jammu & Kashmir.

APS Swat was established by Pakistan Army as a gift for resilient people of Swat in recognition of their contributions and sacrifices in defeating terrorism as terrorists had specially targeted educational institutions during the unrest.

Pakistan and India came to the brink of war over the Pulwama attack in which over 40 Indian soldiers were left dead. New Delhi had pinned blame on Pakistan for playing a role in the attack, however, Islamabad kept demanding evidence and offered support in the investigation.

Indian Air Force violated the Line of Control in the last week of February and claimed to have carried out a surgical strike at Balakor area - a claim denied by Pakistan Army.

A day after the first LoC violation, Indian Air Force again violated the airspace, however, this time Pakistan Air Force retaliated and shot down two fighter jets besides capturing a pilot Abhinandan alive; the wing commander was later released as a gesture of peace by Pakistan. 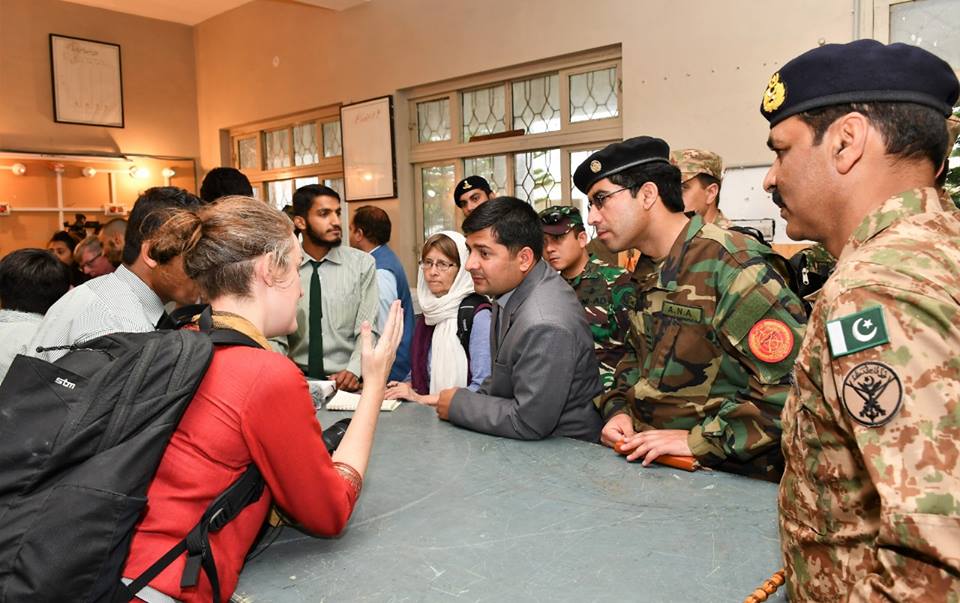 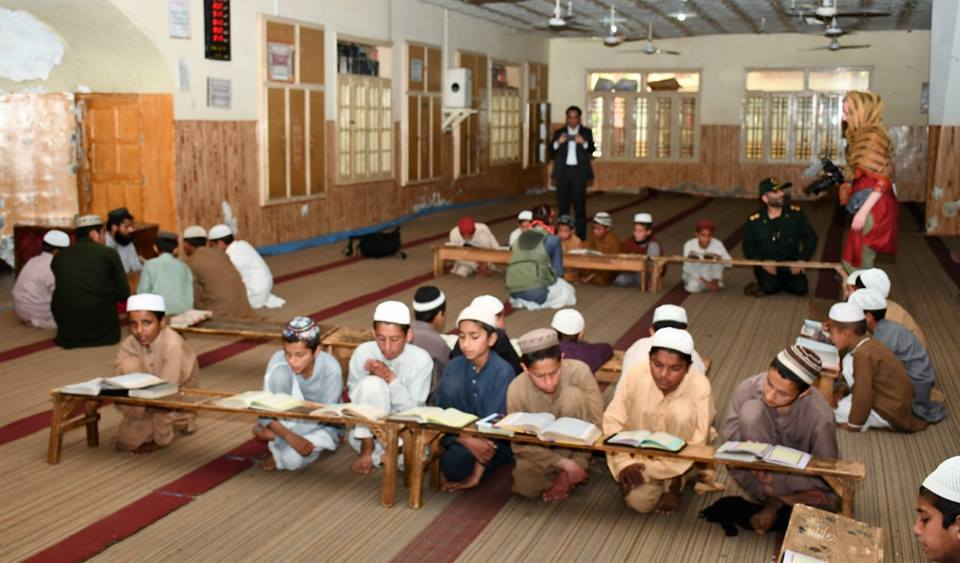 India claimed to have killed 300 'terrorists' in its surgical strike, however, Pakistan has vehemently denied any such claim, saying the payload of Indian aircraft targeted a few pine trees.

ISPR has been exposing the claims of India repeatedly with a caution that Pakistan would not beat war drums. A few days earlier, Major General Asif Ghafoor disclosed that Pakistan was in possession of the remains of all four missiles carried by the MiG-21 aircraft which crashed in Pakistan’s territory after the Feb 27 clash.

The armed forces spokesman also shared pictorial evidence to bolster his claims stating that the ‘seeker heads’ of all four missiles were intact which means they were never fired implying that no Pakistani F-16 was shot down in the aerial dogfight.