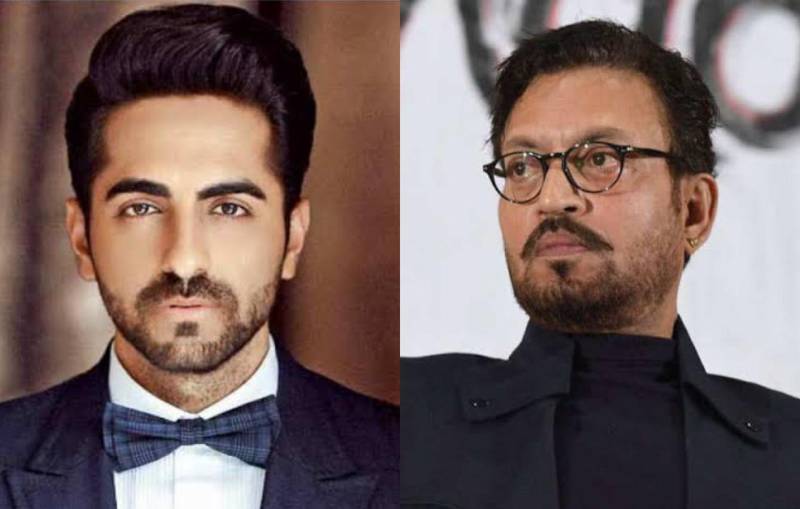 Irrfan Khan, an actor par excellence and the man who was crowned as one of the finest artists of Indian cinema passed away last year after battling cancer. Despite his absence leaving a void in the heart of admirers, his legacy lives on.

Recently, Khan was awarded the lifetime achievement award posthumously and the late actor’s son, Babil, accepted the award on his behalf.

"In memory of an actor who changed the world of cinema, @ayushmannk paid a poetic tribute to #IrrfanKhan as the audience remembered him with a heavy heart at the #VimalElaichiFilmfareAwards 2021."

Rajkummar Rao and Riteish Deshmukh, who were the hosts for the night, gave a heartfelt tribute to the late actor during the awards.

“The future generations will also learn a lot from you sir,” Rao said on stage. Khurrana presented the award to the late actor’s son Babil with a poem that left everyone emotional.

The heartfelt words left Babil teary-eyed as he broke down with every word of appreciation that was spoken for Khan.

Wearing one of Irrfan’s statement outfits for the special event, an emotional Babli said,

“I’m really so grateful that you all have accepted me with open arms, you’ll gave me so much warmth and so much love, and all I want to say is that you and I’ll make this journey together. And, we’ll take Indian cinema to newer heights. I promise you that, I promise you!”

The Filmfare Awards 2021 will telecast on April 11, on Colors TV channel.