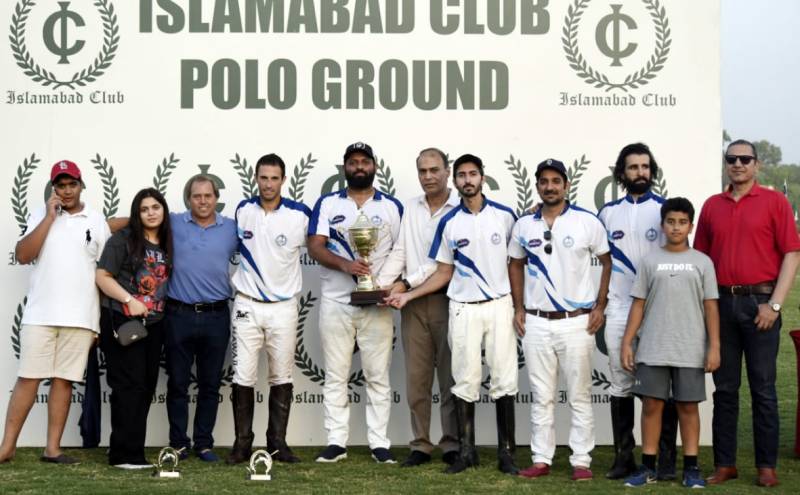 Guy Gibrat emerged as hero of the final as he not only amused the spectators with his superb mallet and horse work but also fired in four fantastic goals in his team's title triumph. The contribution also came from Asfandyar Khan (two goals), Adil Waheed (one goal) and Raja Temur Nadeem (one goal).

The losing side also matched fire-with-fire against the winning side, and fought till the last goal but their efforts couldn't bear fruit as they lost the main final by 5-8. For Team Asean, Bauti Fenell converted two goals while one each was scored by Raja Jalal Arslan, Hashim Asad and Haider Asad.

Foreign player Guy Gibrat, who was named player of the final, told the media that he was glad to be here in Islamabad, which is one of the beautiful cities of the world. "The entire Islamabad is very beautiful but this Islamabad Club is very beautiful and especially it's polo ground is very lucrative and lush green and me and my entire team enjoyed a lot while playing very challenging as well as exciting polo here. We, the team Kalabagh/Shahtaj, played like a unit and our collective efforts and unity helped us win the final. We are hopeful of doing well in next two eight-goal tournaments and try to win the both."