'Heer Maan Ja' to be internationally released on Eid-ul-Azha 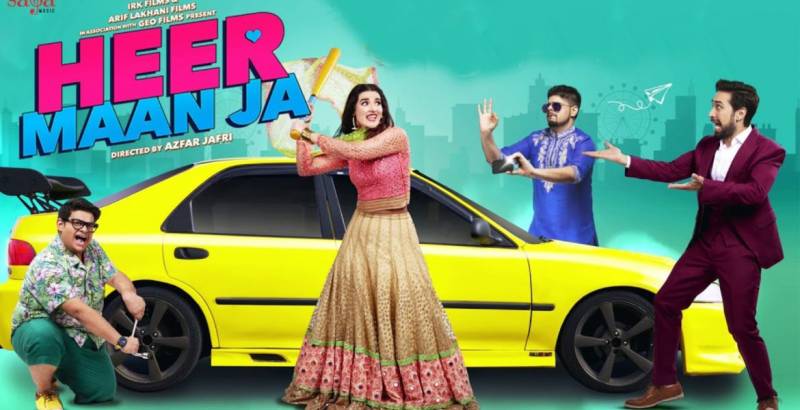 LAHORE - IRK Films and Arif Lakhani Films are ready to release their latest project Heer Maan Ja worldwide.  The movie is expected to hit the cinemas nationwide on the 12thof August, after which it will be released in the U.A.E. on the 22nd, and in the United Kingdom, the U.S.A. and Canada on the 23rdof August.

While both the main characters have their own complicated life journeys, the movie will be an emotional and comedic portrayal of the spark that ignites the moment these two reunite under unique circumstances.

The film has partnered up with Geo Films as the official media partner and Distribution Club for the nationwide release of the movie.

IRK Films was established by Imran Raza Kazmi in 2012, and since then has introduced some new faces on the big screen including Siyaah stars Ahmed Ali Akbar and Hareem Farooq, along with  Hania Aamir and Bilal Ashraf.

Are you guys planning to watch the upcoming movie at the cinema ? We for sure are.