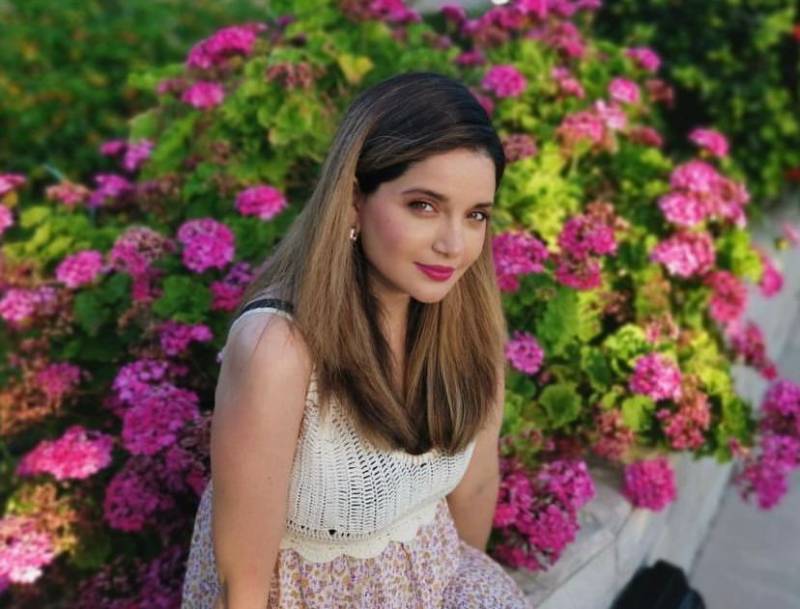 Lollywood diva Armeena Khan continues to break stereotypes and voice her opinion unlike other celebrities who like to play safe to avoid trolls.

The Janaan actor, who has made quite a reputation for being outspoken, this time clapped back at people, in particular keyboard warriors, who use religion and try schooling her and other women online.

Refusing to put up with misogyny and hate, Armeena took to Instagram and exposed the derogatory comments which were directed at her.

The Daldal actress shared screenshots of comments she had seen online where a user criticised someone for the way they dressed. Khan's reply is savage.

“As a Muslim, why are you on Instagram? I don’t understand. For example, if you don’t drink why are you in a pub? If you’re so Islamic get off this non’Muslim owned enterprise if it so offends you and go be a ‘proper’ Muslim, The truth is most of you are just cultists and demand rights you deny others.” 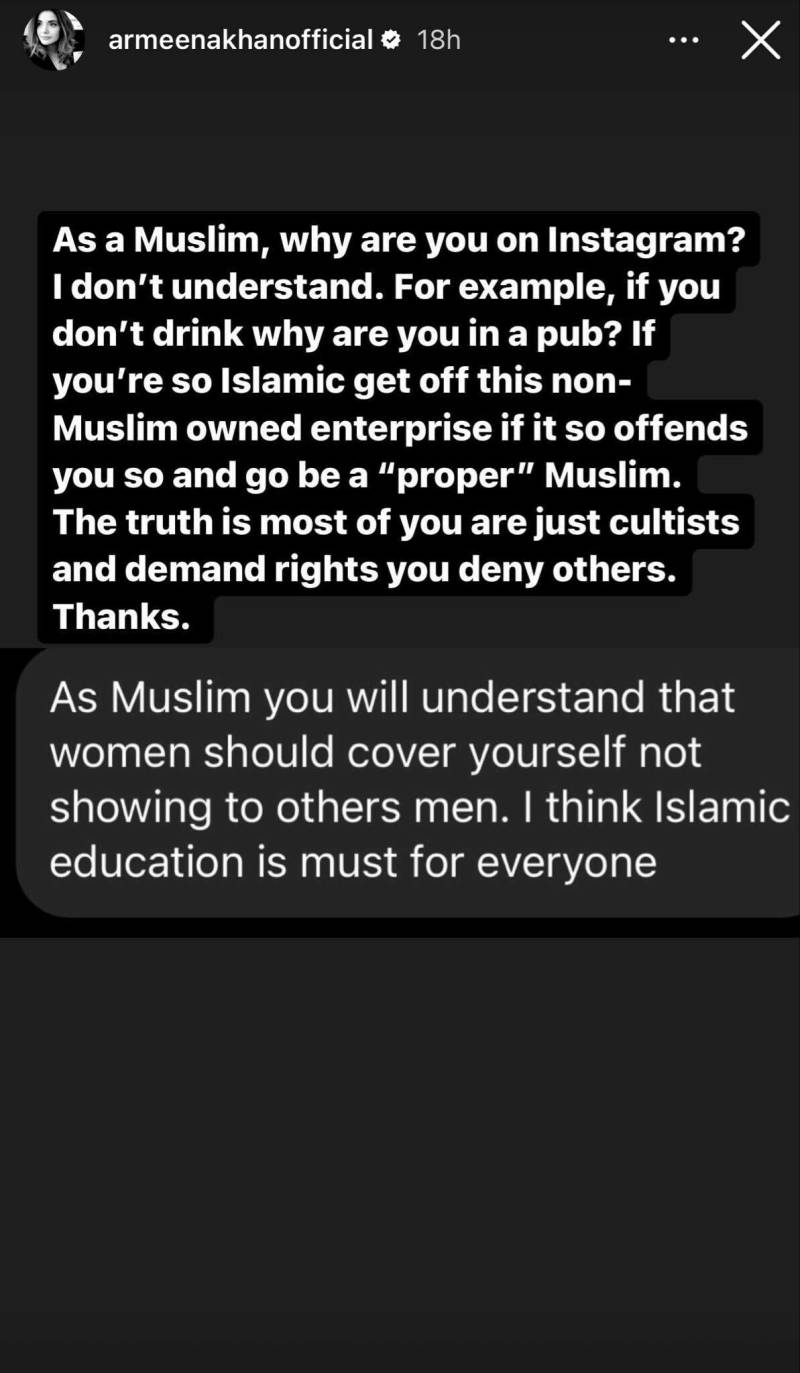 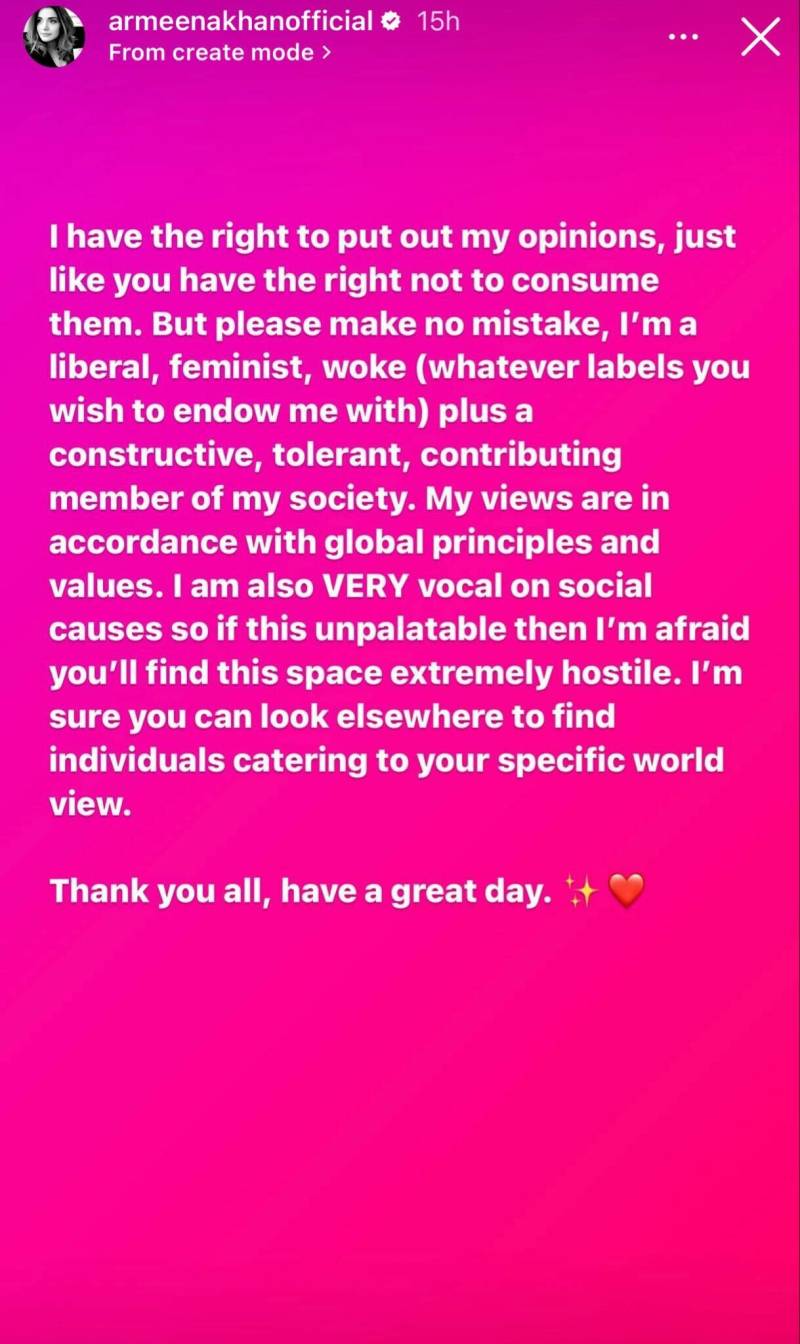 On the work front, Armeena Khan has stepped into the world of filmmaking as she is all set to produce her first short film Snapshot.

Lollywood diva Armeena Khan has left her fans stunned with new photos that she posted on her social media ...