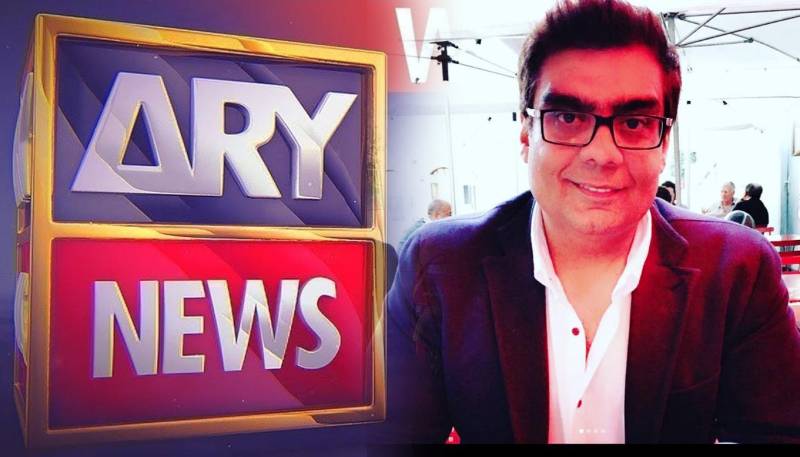 KARACHI – ARY News, one of the country’s leading broadcasters, said that its senior executive vice-president Ammad Yousaf was detained in port city Karachi, hours after the TV station was taken off air.

The development comes as law enforcers in the country’s largest city lodged a case against ARY CEO Salman Iqbal and others after PTI leader Shahbaz Gill made controversial remarks during a programme.

ARY claimed that Ammad Yousaf was held without a warrant from his residence, saying plain-clothed personnel, barged into his house and diverted the surveillance cameras, and took him away.

Other ARY staff including anchorpersons Arshad Sharif and Khawar Ghuman, and news producer Adeel Raja were also nominated in the case.

The FIR was lodged in Memon Goth Station under sections related to waging war against Pakistan, criminal intimidation, statements conducive to public mischief, wantonly provoking with the intent to cause riot, promoting enmity, abetting mutiny, and sedition.

The FIR stated a clip of a news bulletin aired by ARY News in which PTI leader and Imran Khan’s close aide made hateful remarks against state institutions. It mentioned that the media house and defiant politicians attempted to divide between sections of the armed forces.

It mentioned that the nominated persons sowed hatred and rebellion in the armed forces, besides threatening government officers against following the government’s orders.

Meanwhile, social activists and the journalists union warned of nationwide protests if the transmission was not restored. Many called out the incumbent government for curbing freedom of the press as news channel was said to be critical of the government.