Naumaan Ijaz walks the ramp with son Zaviyar at the BCW 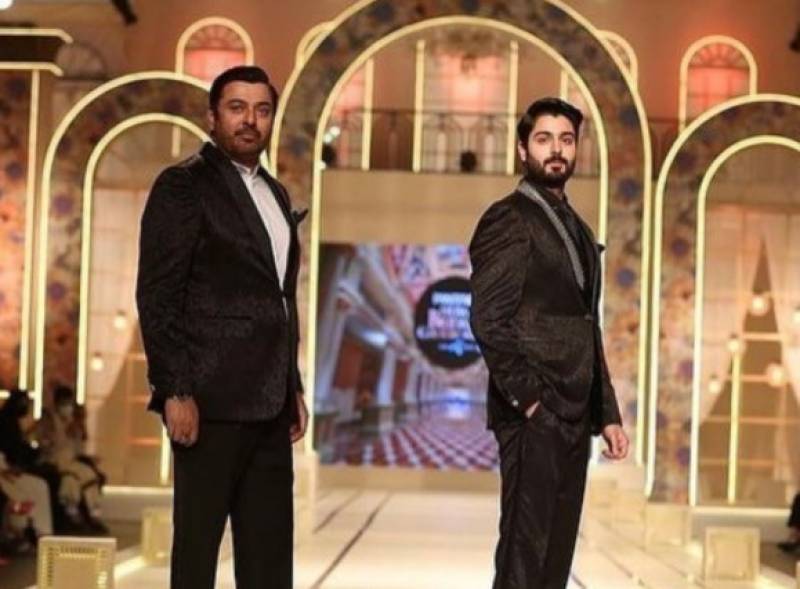 Naumaan Ijaz has won numerous awards and has been praised for his stellar performances throughout his career, spanning for more than two decades.

Currently, Ijaz is creating magic in television series Dunk and Raqeeb Se. He revealed that his son Zaviyar will soon make his acting debut.

The 55-year-old celebrated actor graced the ramp with his eldest son at the 18th HUM Bridal Couture Week (BCW).

Hinting on his son's debut, a curious fan commented on the video of the father-son duo's ramp walk, "Should we be ready for nepotism?" to which the Dunk actor replied, "Yes."

"The father-son duo, for the first time Mr. Nauman Ijaz and Mr. Zaaviyar Nauman Ijaz as showstopper for Uniworth on HBCW!", was the caption on Uniworth Dress Co. official Instagram handle.

During chit-chat with the host at BCW, Zaviyar confirmed his acting debut. "I wouldn't make such huge claims when it comes to the word 'amazing' being attached with my father's skills. I can only hope that I am half as good as him. That's the goal," he remarked.

Naumaan Ijaz has been married to Rabia Noman for 26 years and has three sons, Zaviyar, Shahmeer and Rayaan.

Previously, he made headlines when he raised the payment issue faced by many actors during a live interview.

Social media was set ablaze after veteran actor Nauman Ijaz made some controversial remarks about infidelity during his ...