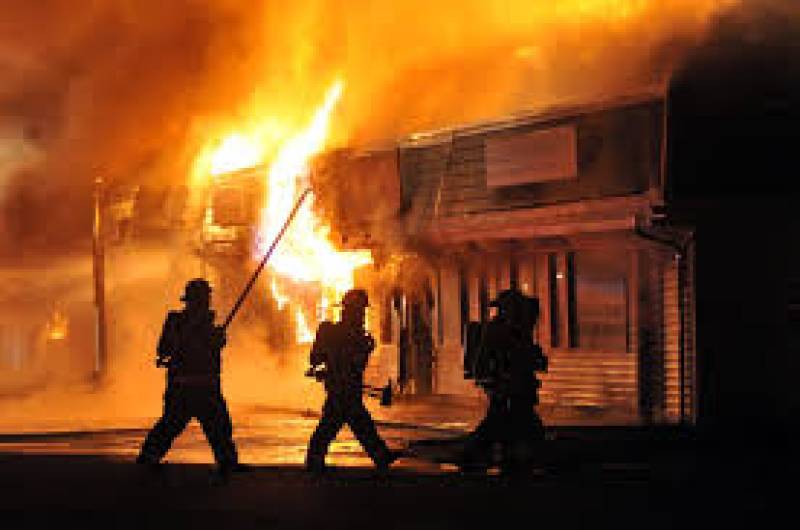 The fire quickly engulfed three floors of the factory while some of the workers were present in the factory when the fire broke out.

Four of the fire brigade vehicles and a snorkel started operation and brought the fire under control after five hours.

Provincial minister Sohail Anwar Siyal also arrived at the spot. He was told that the fire probably started due to a short circuit. Rescue vehicle and medical teams also rushed to the thread factory spot due as the fire intensified.

The firefighters break the shutters of the factory and recovered three dead bodies. The dead bodies have been shifted to the hospital.

MAHARASHTRA – At least ten babies were killed in a maternity unit on Saturday when fire erupted through a major ...