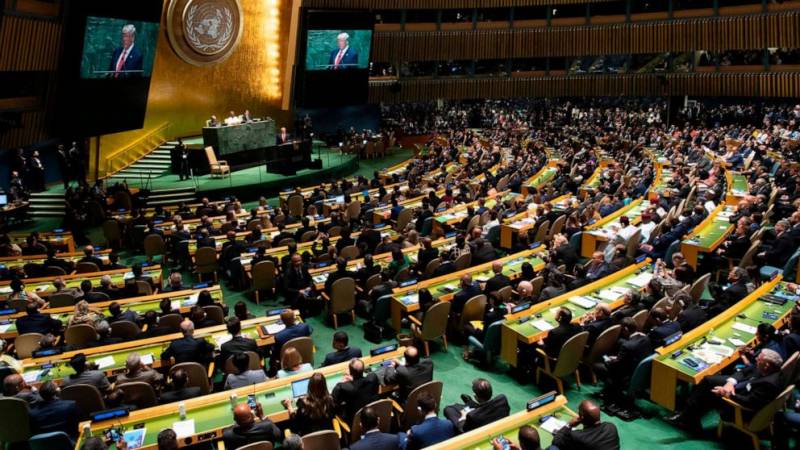 UNITED NATIONS - Despite India’s efforts to curtail the funding for United Nations Military Observer Mission in India and Pakistan (UNMOGIP), which monitors the Line of Control (LoC) in the disputed Kashmir region, the General Assembly has approved a complete budget line for the peacekeeping unit.

Established in 1949, UNMOGIP is funded through the regular UN budget. It is composed of 43 military observers and 73 international civilian personnel.

India has been pushing the U.N. to wind up the mission while Pakistan maintains that it has a key role in maintaining peace and stability in the region.

An important aspect of UNMOGIP is that it serves to highlight the unresolved Jammu & Kashmir dispute which is on the agenda of the Security Council and towards which the UN and the international community have an obligation.

During the negotiations in the 193-member Assembly’s Fifth Committee, which deals with economic and financial matters, the Pakistan delegation succeeds in thwarting India’s concerted attempts to minimize the budget for the UNMOGIP to the extent possible, according to informed sources. As a result, the committee eventually recommended to the Assembly the retention of full financial resources for the mission.

Also, India failed in seeking to abolish a seat in UNMOGIP’s Srinagar wing that has been vacant for the last two years. The recruitment delay for the seat was caused by the lack of an Indian visa.

Through Pakistan delegation’s efforts, all non-post resources were retained as also the proposed budget line.

In addition, the sources said, the Pakistan delegation, in the face of India’s objections, was able to include language endorsing UNMOGIP’s important role in maintaining international peace and security in the region. The language was endorsed by the Group of 77 (developing countries) and China and later adopted by the General Assembly.