The things that worried Edhi on his deathbed, according to wife Bilquis 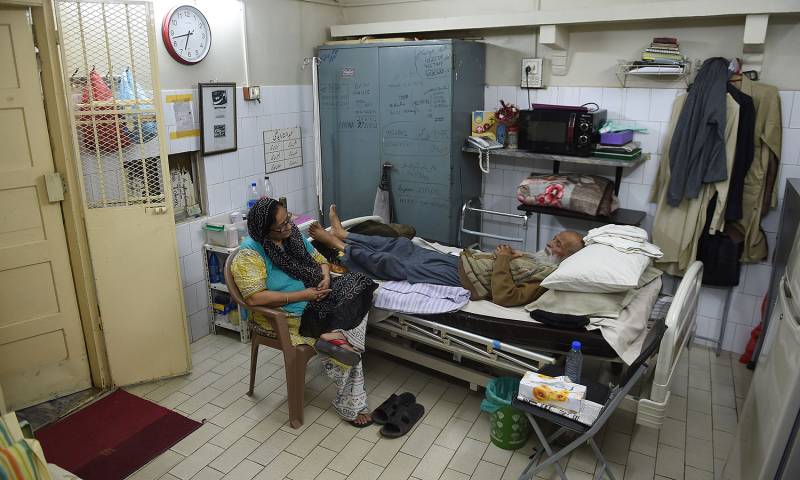 KARACHI - Bilquis Edhi, the wife of the late great humanitarian Abdul Sattar Edhi, has revealed that her husband wanted desperately to visit the office of the Edhi Foundation during his last days.

Some media reports quoted her saying: "He was so busy with his work that he had made his office his house."

According to Mrs Edhi, Abdul Sattar Edhi was also worried about his son Qutab Edhi, who is currently residing abroad. Mr Edhi spoke to his son just three days before his death for the last time, she said.

Later on Saturday, he was laid to rest at Edhi Village, following a state funeral attended by President Mamnoon Hussain, the three services chiefs, two chief ministers, Sindh governor and thousands of others including political and rights activists.

His son, Faisal Edhi told newsmen that Edhi's last words were, “Take good care of the poor of my country.”

He said that his father had advised the family to donate all of his body parts after his death and that the dress he was wearing at the time of death should be made his shroud.